I know I’ve mentioned that back in college I belonged to a cookbook club.  One of those scams you could easily join by pulling out a card from a food magazine (probably Gourmet because if we really go back that far there were only two…) and pick ten cookbooks for free….so long as you paid shipping and agreed to buy a cookbook a month for the rest of your life.  Well…I was a bit naive.  And that is how I ended up with a great little book called Coffee Cakes by Ceri Hadda.  I have used this book a lot over the years so I suppose it was worth the shipping price.  I try to make a different cake/bread each time.  With the leaves nearly all fallen from the trees and fall flavors coming to a quick close as Thanksgiving approaches…it seemed the right time to try out the pumpkin, port & gingerbread recipe.  The idea of putting port in bread is, as I’ve discovered, nothing new…but it was new to me.  And while we generally have port in the house, we opted to buy a cheaper version for this recipe.  One of us (not me) is a port enthusiast.  I had not tried it until about eight years ago when I discovered it is much (much, much, much) stronger than wine.  So, unless it is for cooking, I generally pass on the port.  This was a fun and easy recipe.  The end result was a really dense bread very similar to a breakfast bread.  It was sweet – but not overly so.  We opted to add raisins and chopped almonds to ours although you could vary that quite easily. 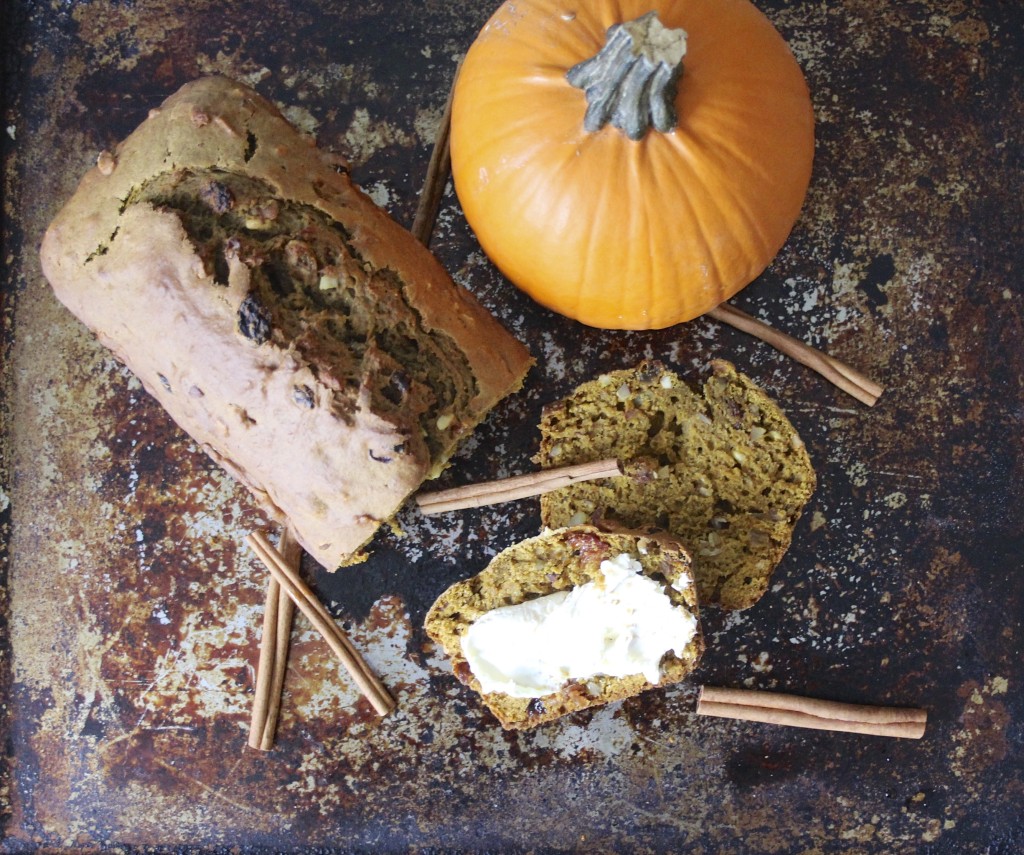 We started by pre-heating the oven to 350 f. We greased and floured a bread pan and set it aside.

The flour, baking powder, salt, baking soda, ginger, cinnamon, nutmeg and cloves were sifted together and set aside.

The pumpkin, eggs, oil, sugar and port were pulsed in a food processor until smooth.

The pumpkin mixture was then poured atop the dry ingredients and mixed on high speed until combined.  The raisins and almonds were stirred in and the mixture was transferred to the bread pan and baked for about an hour or until a tester comes out clean.

As I mentioned, the end result was a dense breakfast like bread.  Right out of the oven (after cooling for about fifteen minutes) we sliced it and topped with orange cream cheese which we made while the bread was baking.  The flavors all scream fall.  The warm bread works well for breakfast or for a snack.  Mostly, there is something about a home baked bread that lets your family know you really are trying to make their mornings special…not to mention that it also makes the house smell well loved. 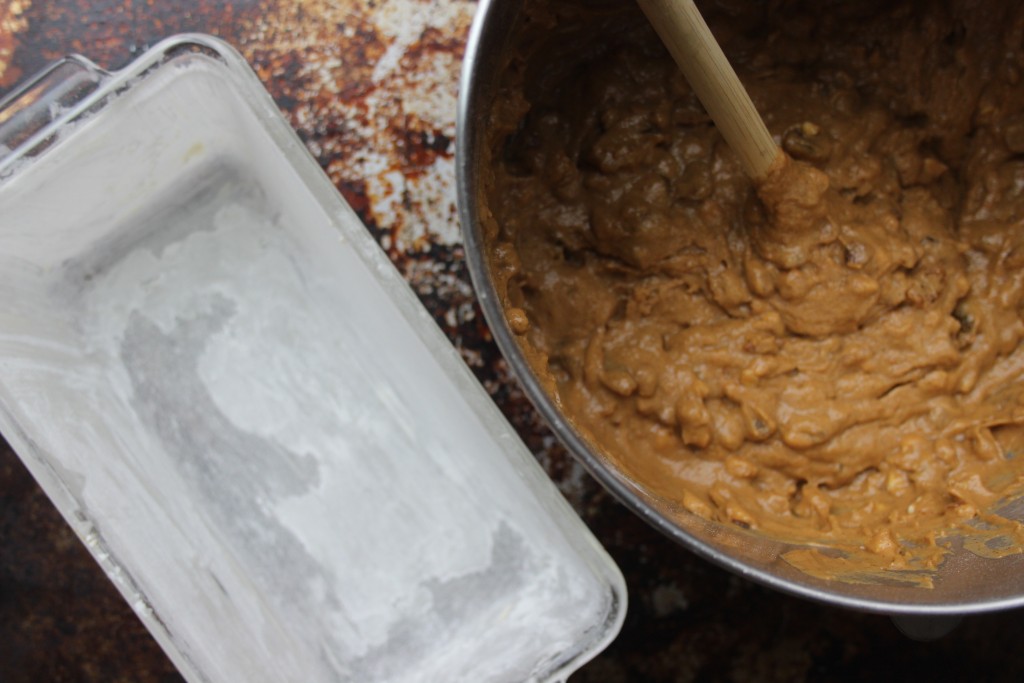 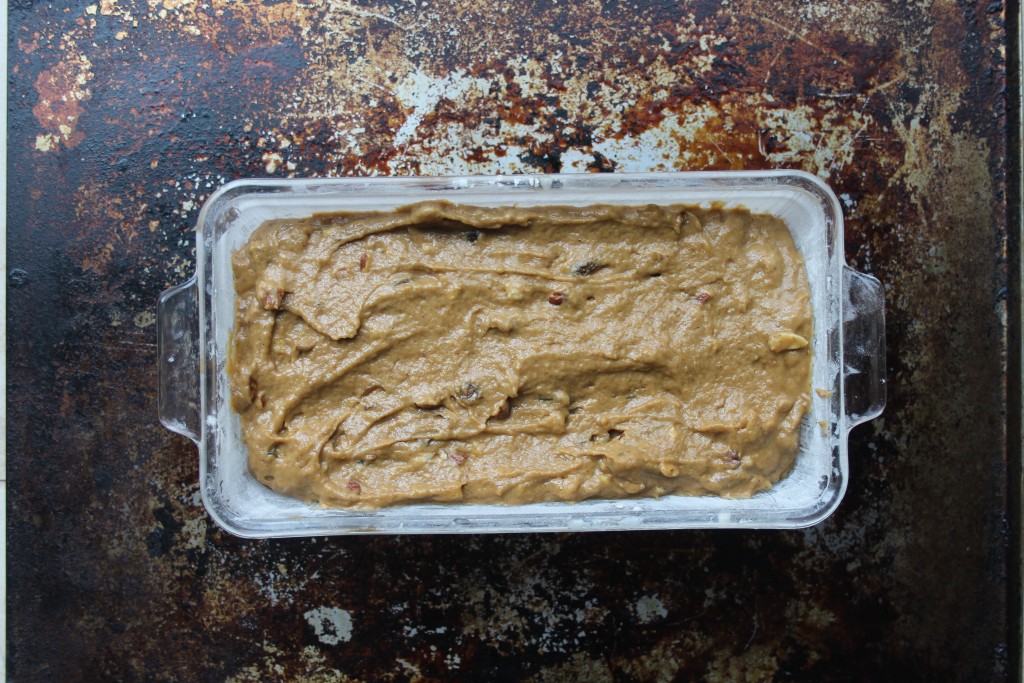 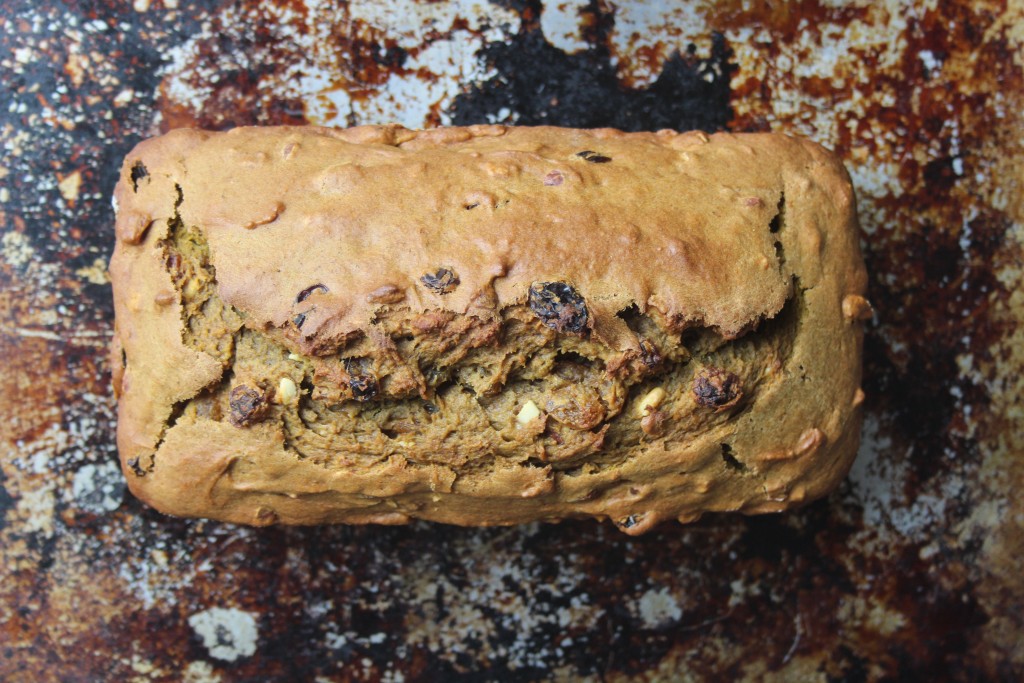 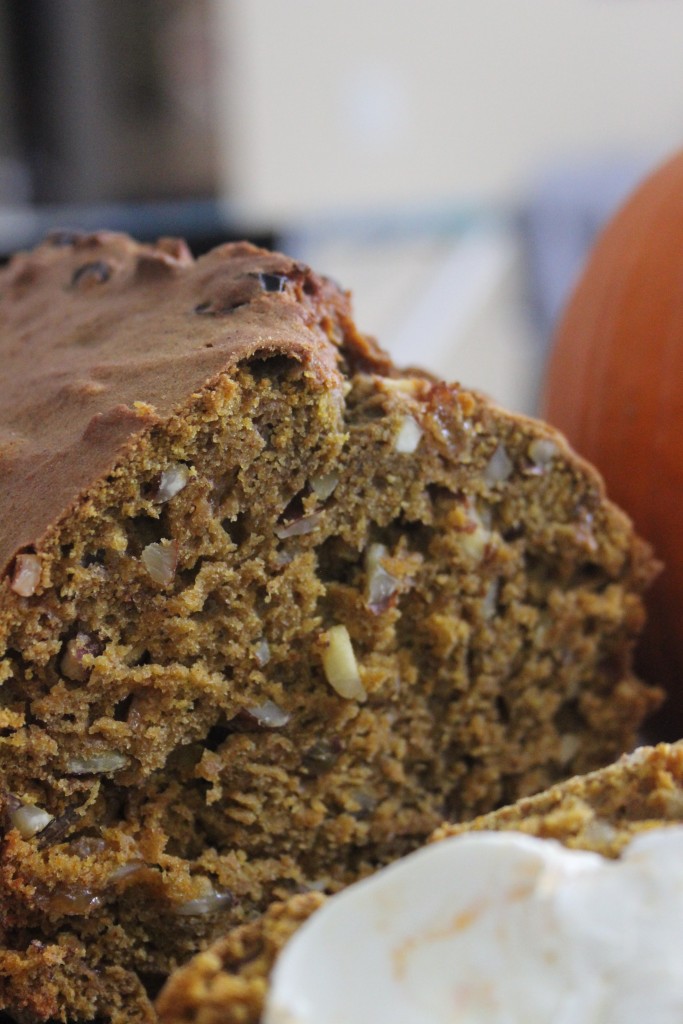 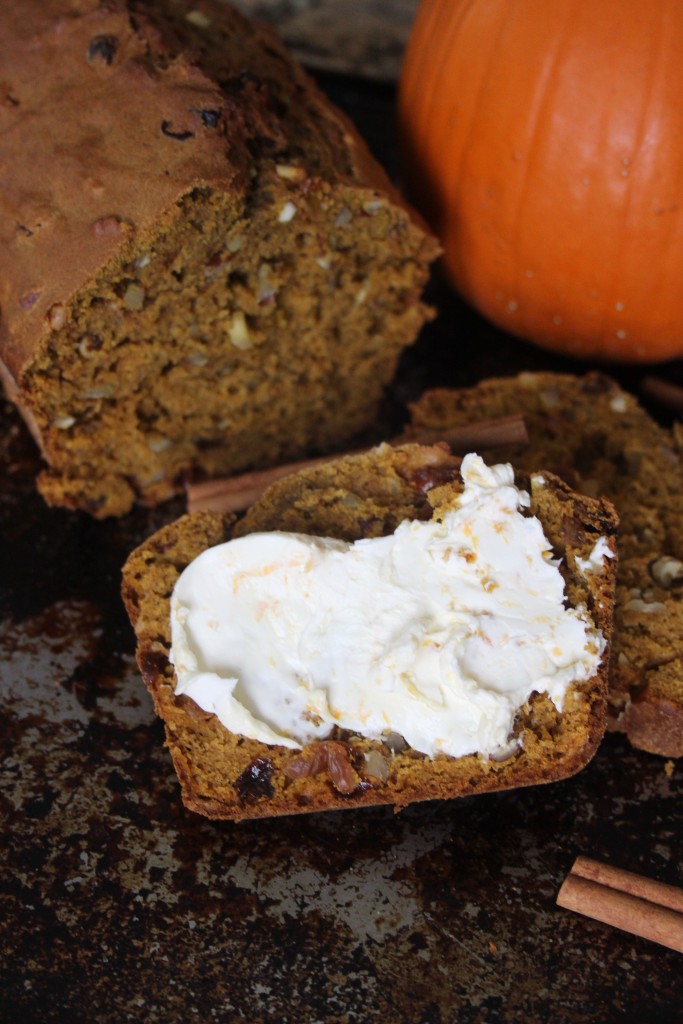