We are getting really savvy about using up our leftovers and you know what? It feels so good to know that we are not wasting anything.  This week we had a small bowl of mashed potatoes and about one serving of raw salmon left in the fridge.  On any normal occasion I’d find myself eating the mashed potatoes cold for a late breakfast after I dropped the kids off at school, which, I know, sounds really gross but it doesn’t bother me- I eat the majority of my breakfasts cold during the school week.  Today I had a different plan though.  We had made sushi at home last night and somehow ended up with a bit of salmon left over.  (Before anyone freaks out, I will say that this salmon was from Norway and had been frozen in transport.  If you are making sushi at home you should cook your salmon to 145 f. or freeze it first, both methods proven to kill tapeworms that have shown up in fresh, non-frozen Alaskan salmon lately.  Phew.  Ok- back to my leftover story…) I decided to make a little semi-indulgent lunch for myself using the fish and potato in a fish cake.  So simple.  So delicious.  And so frugal as I did not waste anything left in the fridge!

Starting with the salmon- I placed it in a pan, covered it with water and a sprinkle of salt and poached it until opaque, about five minutes.  I removed it from the water and added it to a bowl which had the mashed potato, one sliced scallion, a spoonful of grainy mustard, grated cheddar and about a 1/4 cup of fine breadcrumbs.  After this mixture was a mashed together it was still a little soft so I popped it in the fridge for five minutes and then formed little cakes which were dredged in flour, egg and Panko.  Each cake was pan fried for about three minutes per side and then placed in a 375 oven on a parchment lined sheet for ten minutes.

The end result was oh so yummy! I topped them with more cheddar and put them under the broiler for a few minutes before serving them (to myself) with my new obsession….this amazing sour cream, parmesan and mustard dip from the Neely’s on the Food Network.  It worked perfectly atop the salmon potato cakes and added a creaminess that took these little cakes from good to really, really good.

We have been so inspired by Nigel Slater and his use of leftovers that it is becoming second nature at our house now.  And why not? When you can get two amazing meals out of one ingredient you really get your money’s worth. 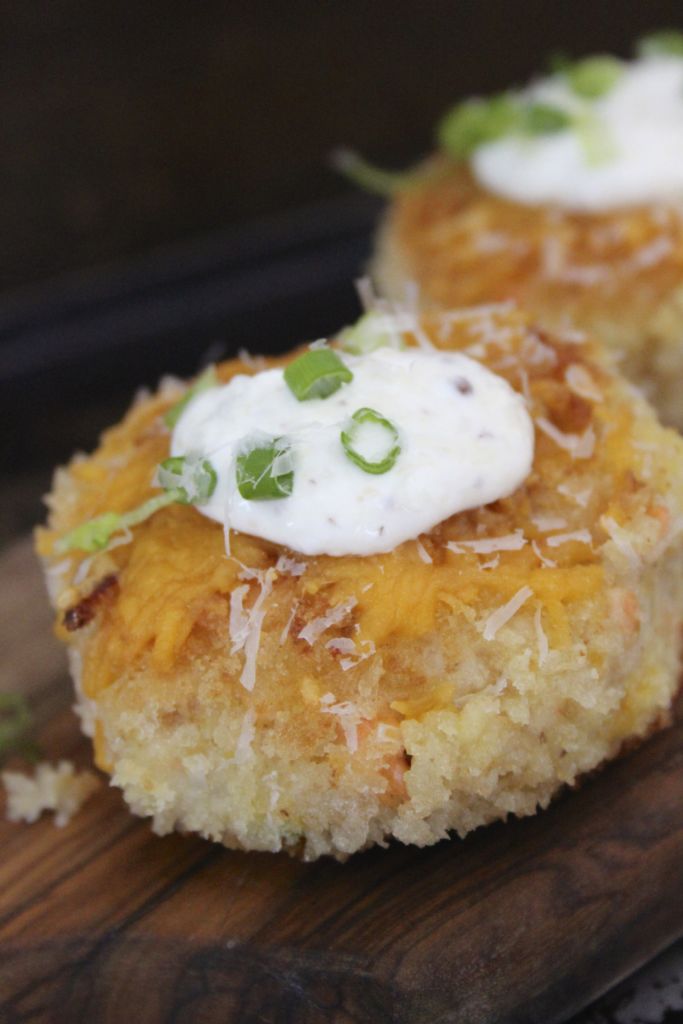