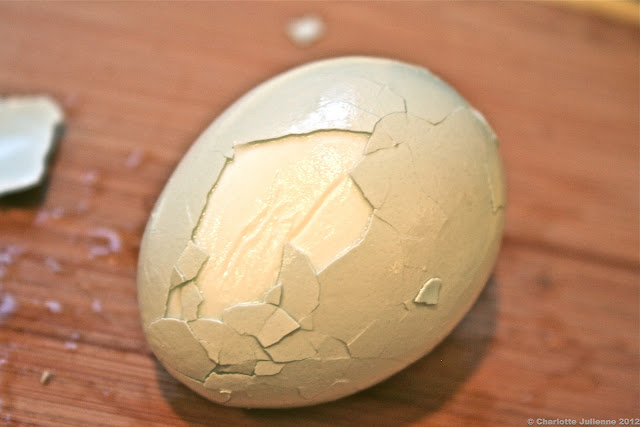 We began by soft boiling the eggs and then peeling them.  We’ve seen these with hard and soft insides.  In our case we wanted runny eggs.  If you also want to make sure the insides stay runny,  keep an eye on the timer. 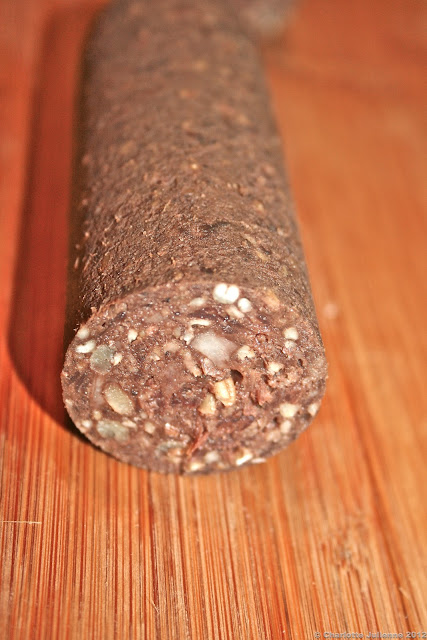 I can say I’ve never had a Scotch egg…being American it is not high on the list of breakfast items.  When we were in England they would be on nearly every breakfast menu much to the delight of my husband.  I wouldn’t have been so opposed to them had I not found out they contained black pudding or blood sausage (above)…which in name alone is a bit much to stomach first thing in the morning…at least it was for this girl. 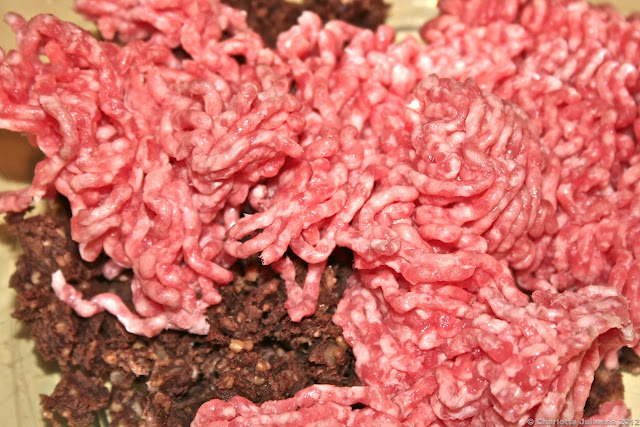 We chopped the blood sausage and added it to some ground pork until it was combined. 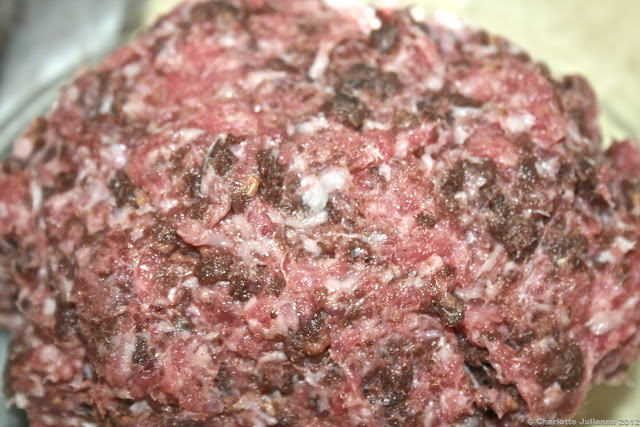 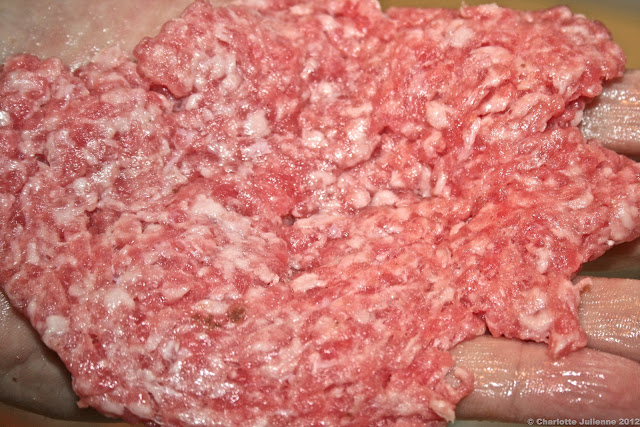 As I mentioned above, I’m not a fan of the blood sausage, so my sweet husband made me a blood sausage free Scotch egg.  Either way, you take the mixture of sausage and pork and flatten it out into a slab which fits in the palm of your hand. 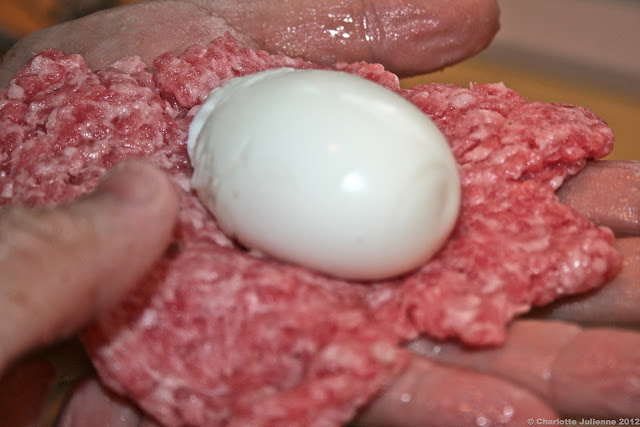 Place the peeled egg in the center and then gently fold the edges of the meat around the egg remembering that the center of the egg is runny. 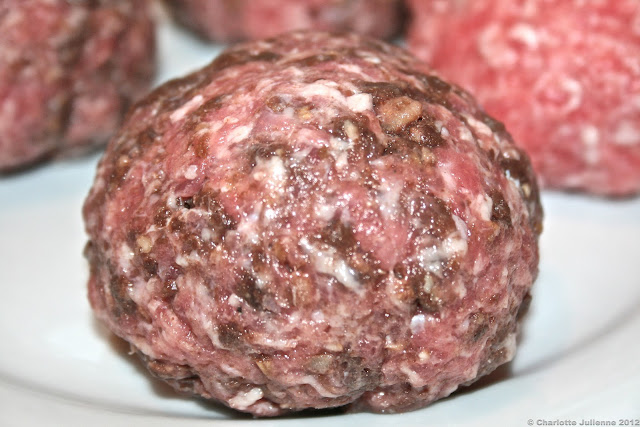 You will be left with tennis ball sized mounds. 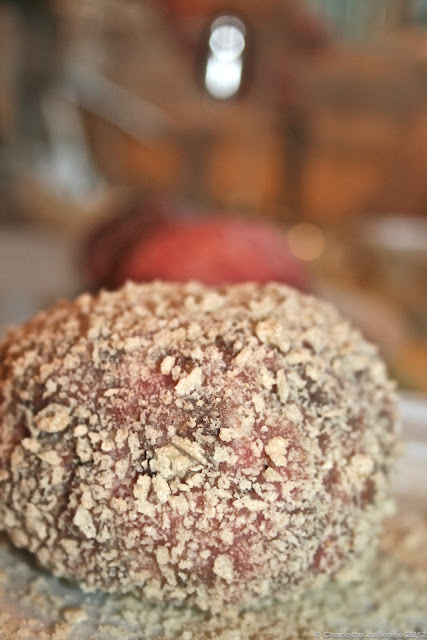 We then coated the newly formed ball with a lightly beaten egg and rolled it in panko. 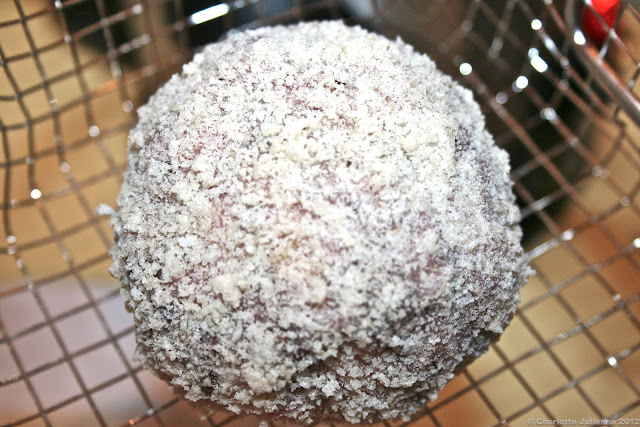 They were dipped into the deep fryer with the basket that comes with the machine.  We had to keep an eye on them.  You don’t want them to burn but yet at the same time you want to make sure the meat cooks all the way through. 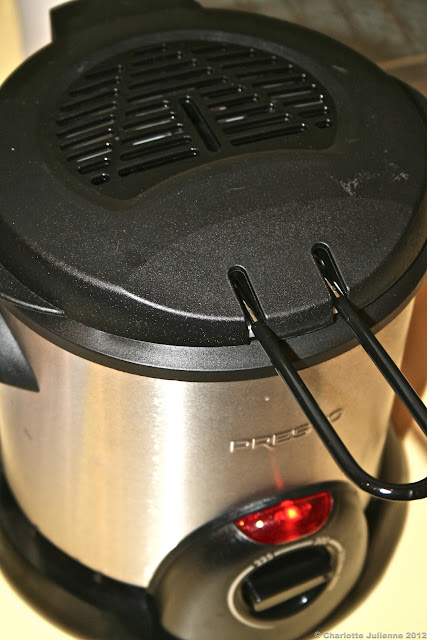 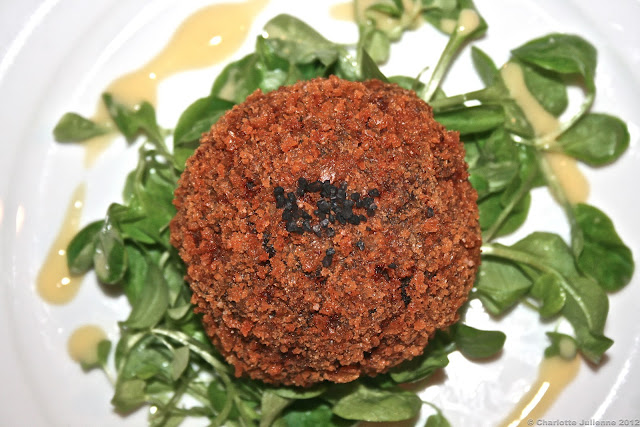 When they came out we placed them on top of a lightly dressed mache salad and topped it with some black sea salt. 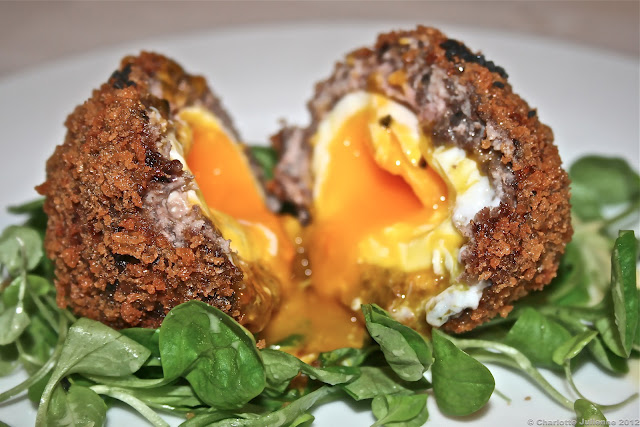 When sliced open, if your preferences are like ours, the egg should be runny.  The creaminess of the egg with the crunchy outside of the panko was a great combination.  Simple to make and perhaps a good treat for the upcoming Olympic Games to show your British Spirit!