In our back garden we have four raised beds which primarily house herbs.  This year we added some tomato plants and were quite excited when they actually began to produce fruit….until we saw our little resident chipmunk hauling them away!! We managed to save a few tomatoes and decided to add them to some local produce to make a simple summer salsa. Technically it might be more of a pico de gallo as the tomatoes are not cooked.  Either way- it was fresh and delicious and could not be an easier way to use up left over produce.

We began with a big bowl full of our favorite summer vegetables including corn, tomatoes, cilantro, zucchini, a shallot and two jalapeño peppers.  We sat outside in our back garden to create this super fresh sauce which was really quite nice actually.  All of the vegetables were diced (quite small) and mixed together.  They were seasoned with salt and pepper and the lime was squeezed on top.  We left it to sit for a few hours until the flavors melded together and then served it as part of an amazing dinner (to follow later this week).  Simple, fresh and fun.  We got a meal and a few snacks out of this one. 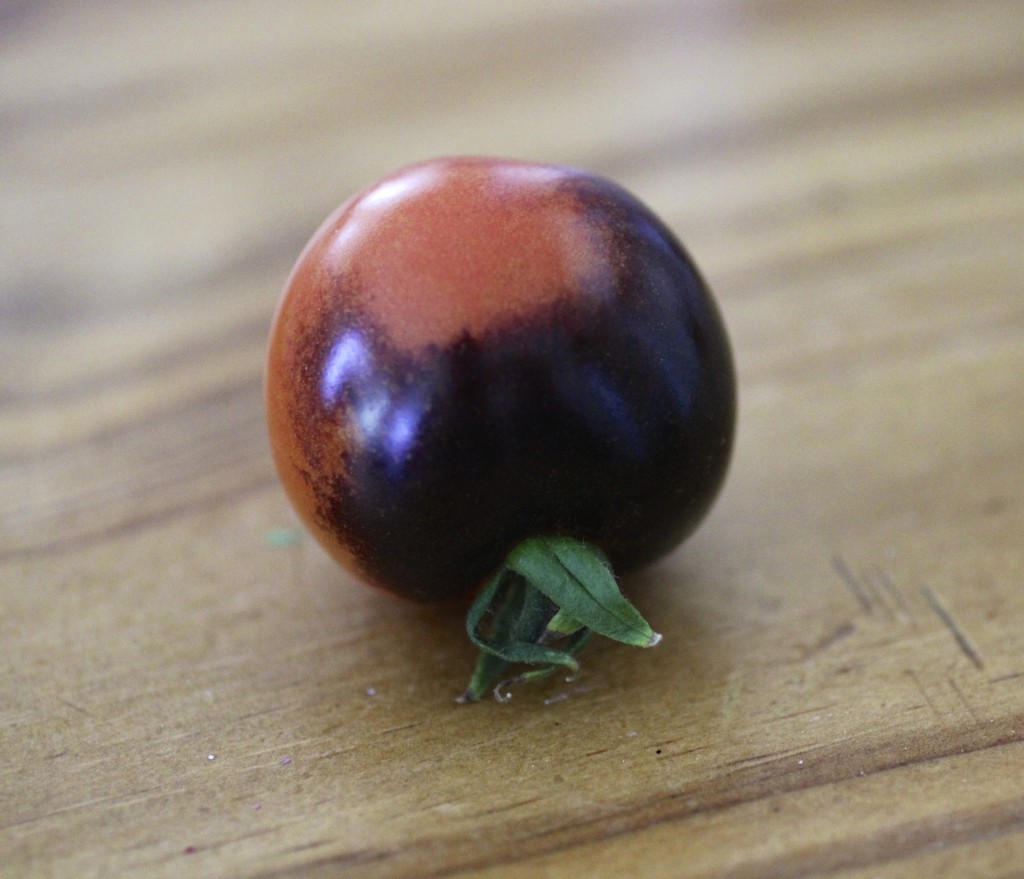 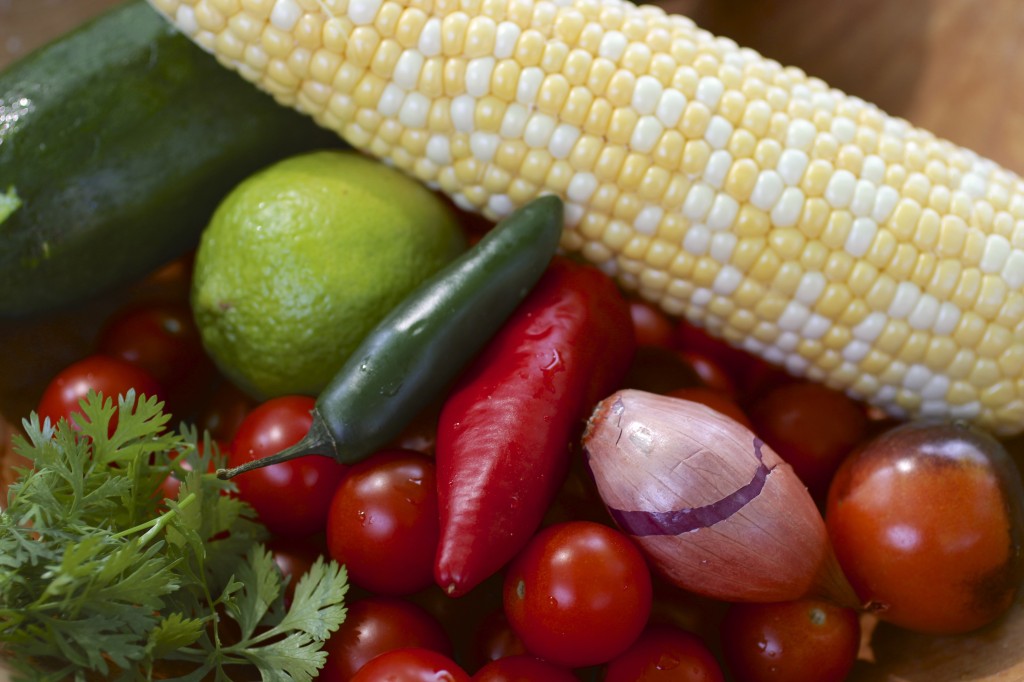 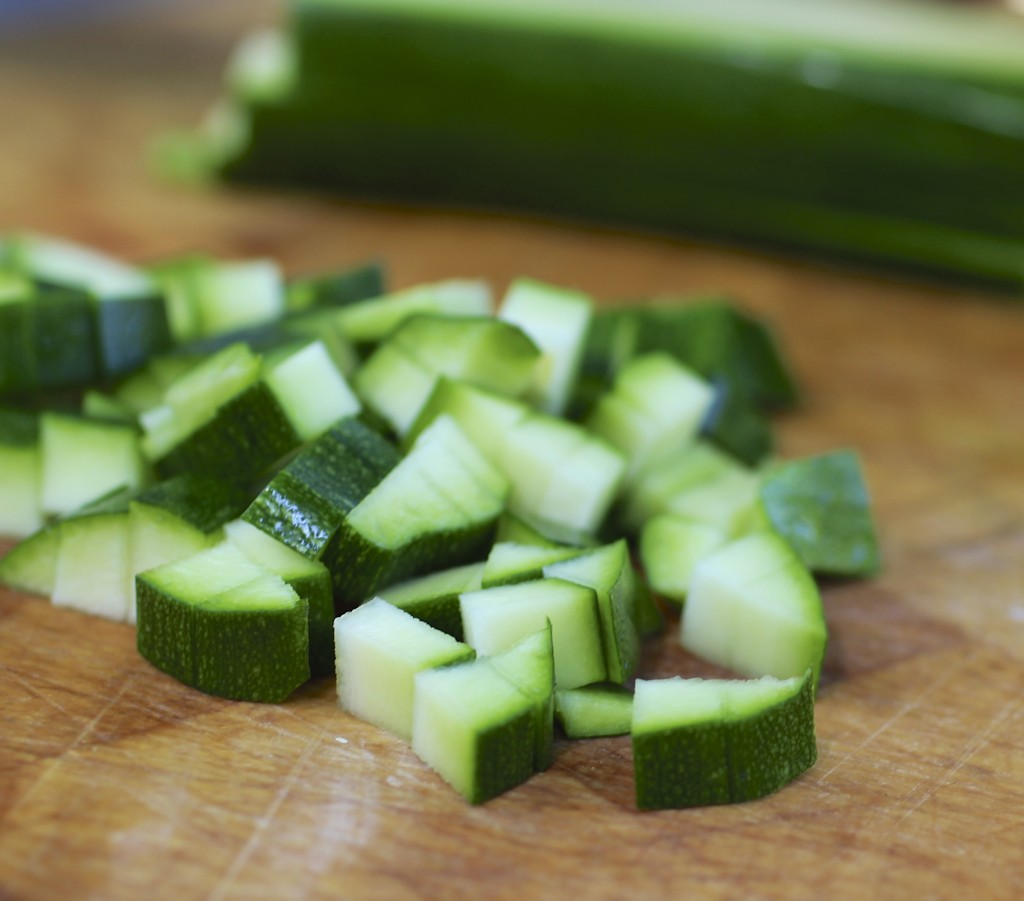 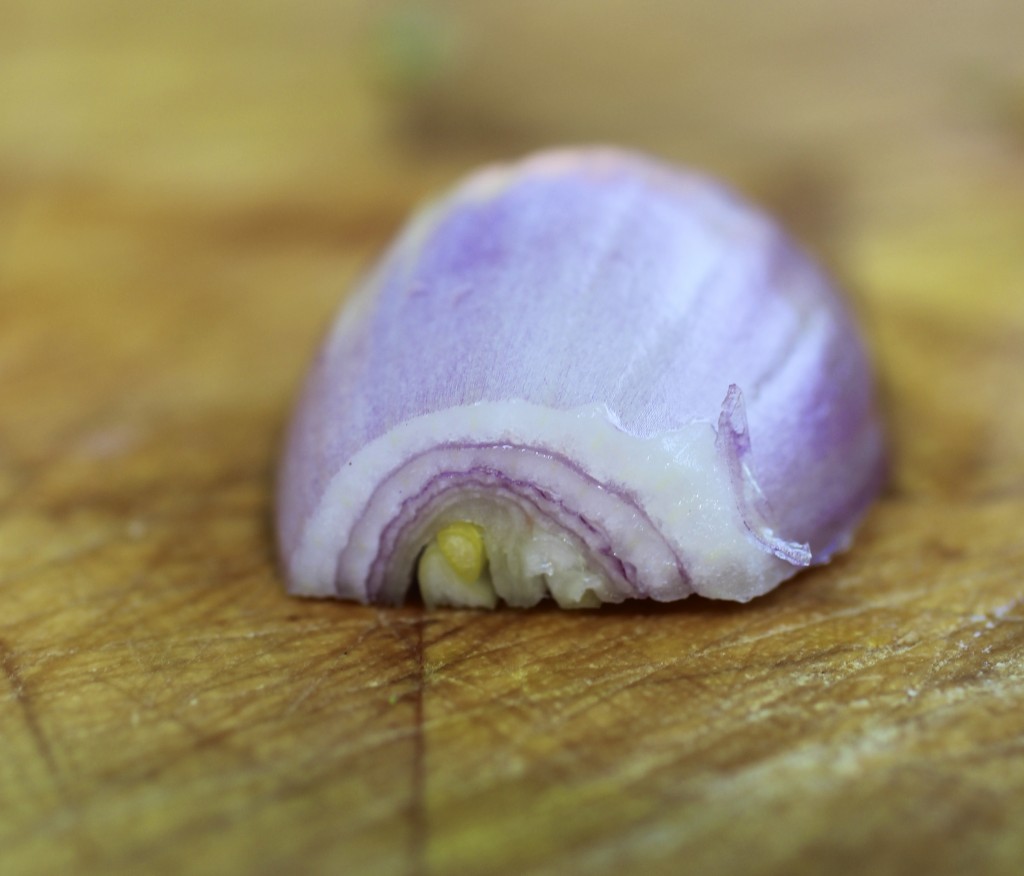 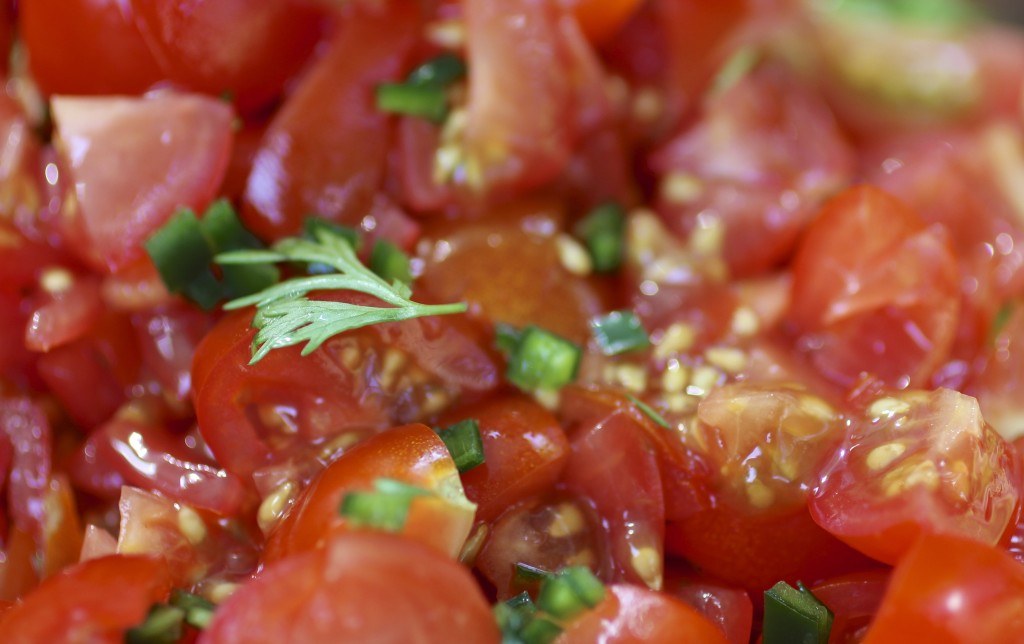 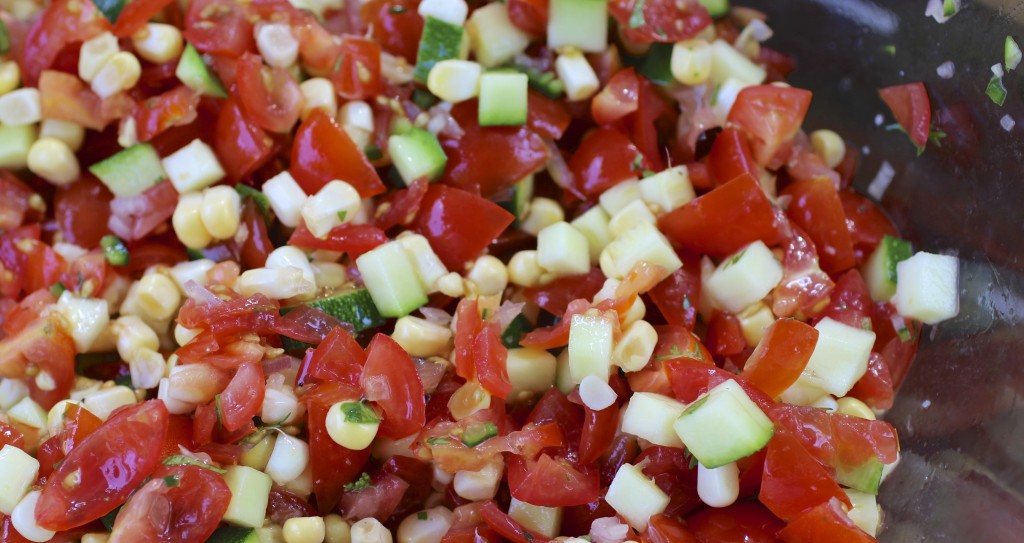 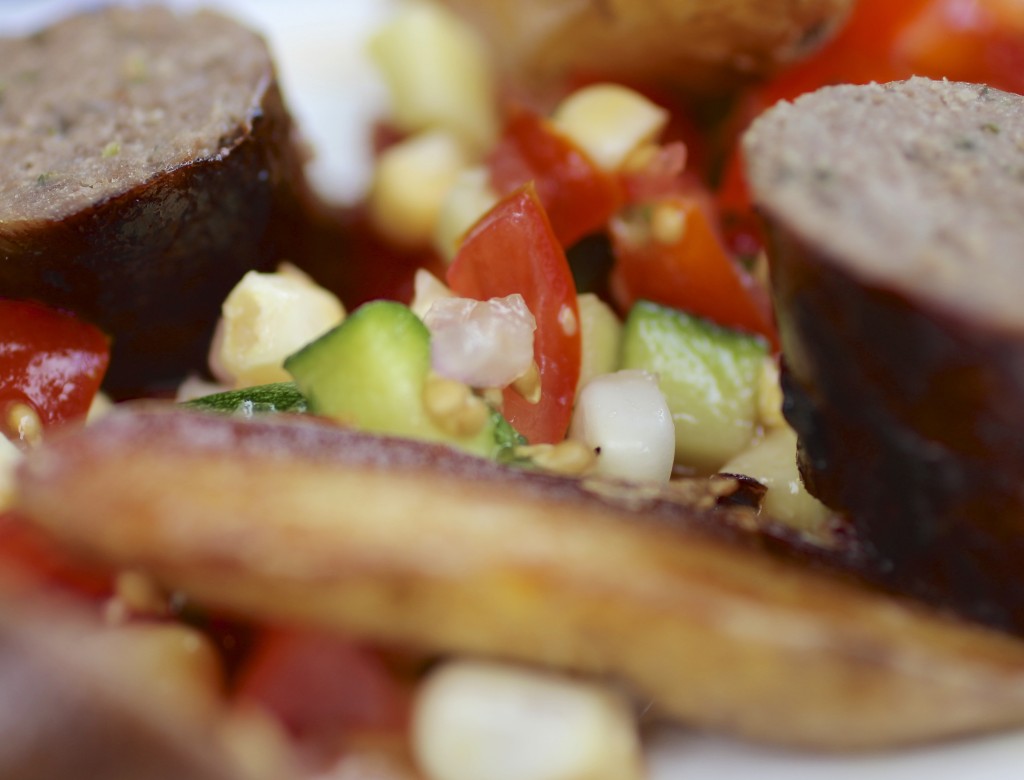