When it gets to be as hot as it was last night, dinner needs to be super simple.  Inspired by Tamasin Day-Lewis’s book, Tamasin’s Weekend Food, we searched out a recipe we thought would be refreshingly easy for a hot night.  We were so happy we did.  This book was a find on our last trip to the UK when we stopped in at a charity shop which happened to have a book section.  So for three pound ninety nine we walked away with this little gem of a book which has now become one of our favorites. 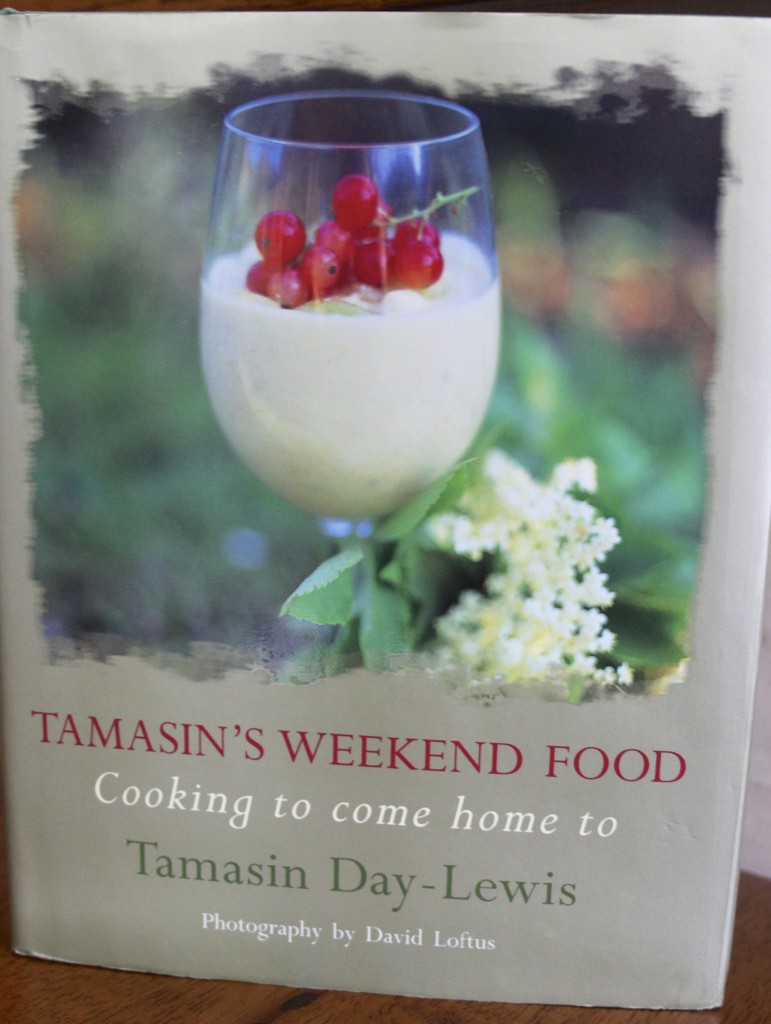 We began by taking our eggplant and slicing it into thick rounds.  These rounds were then cut in half and brushed on each side with olive oil before we sprinkled them with Himalayan Pink Sea Salt.  They were cooked for about twenty minutes at 400 degrees f on a parchment lined cookie sheet.  We tested them with a sharp knife before we removed them from the oven.  They were left to cool for a few minutes and then drizzled with more olive oil, crumbled feta and freshly torn mint leaves before it was all drizzled with fresh lemon juice.  This supper was to die for.  Honestly.  So, so good.  We didn’t need anything else as the eggplant was very filling.  The mint and lemon added a lightness to the eggplant which, in our opinion, can at times seem heavy and more wintery.  Our only regret was that we didn’t make more. 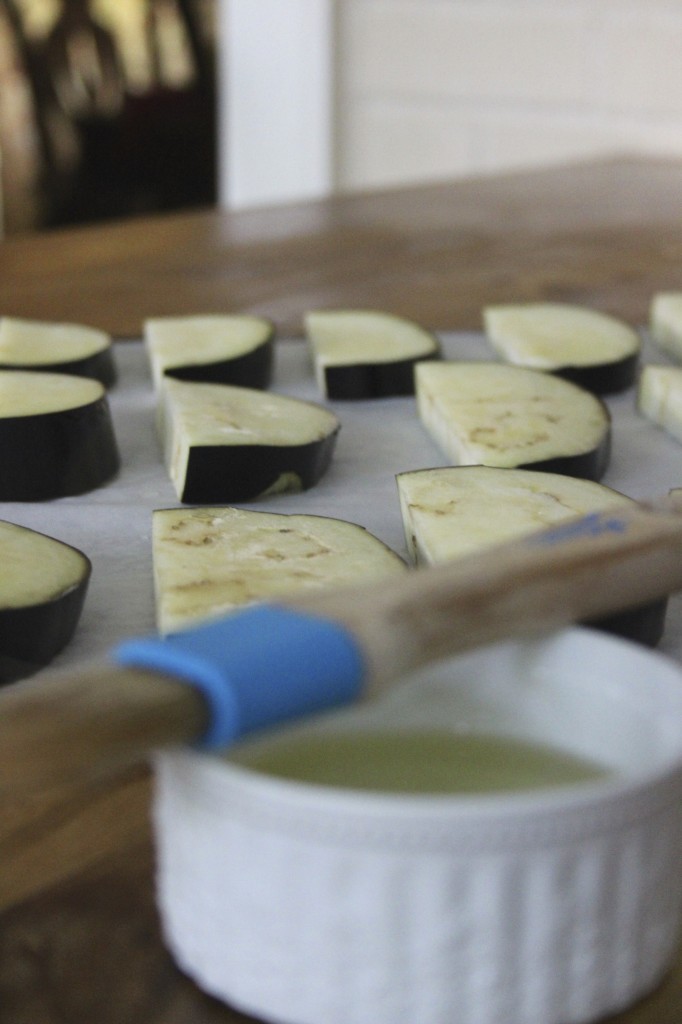 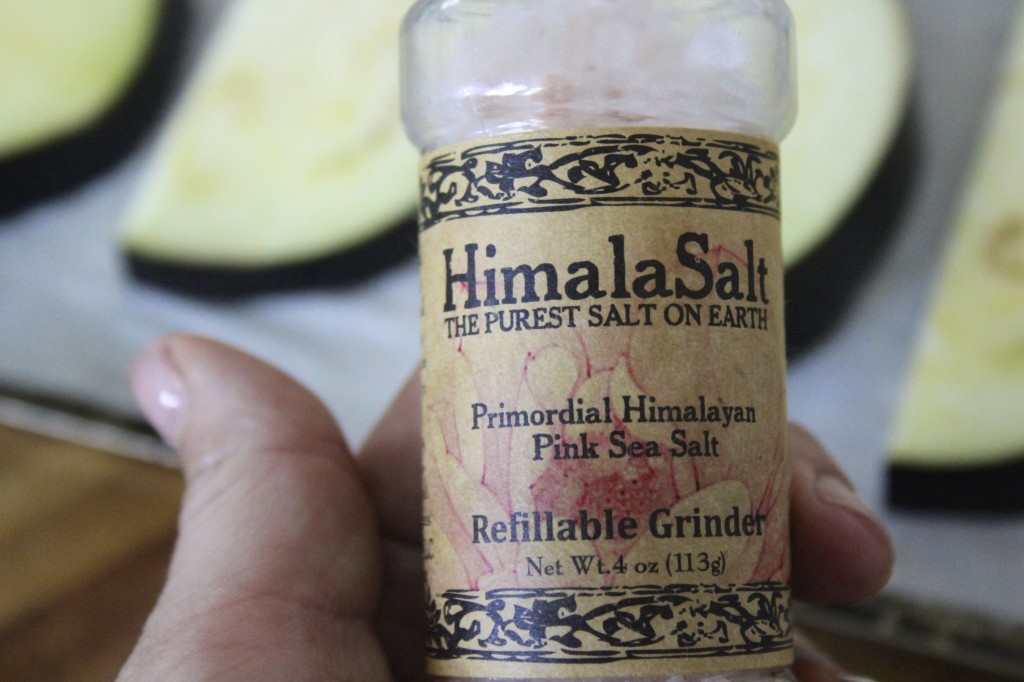 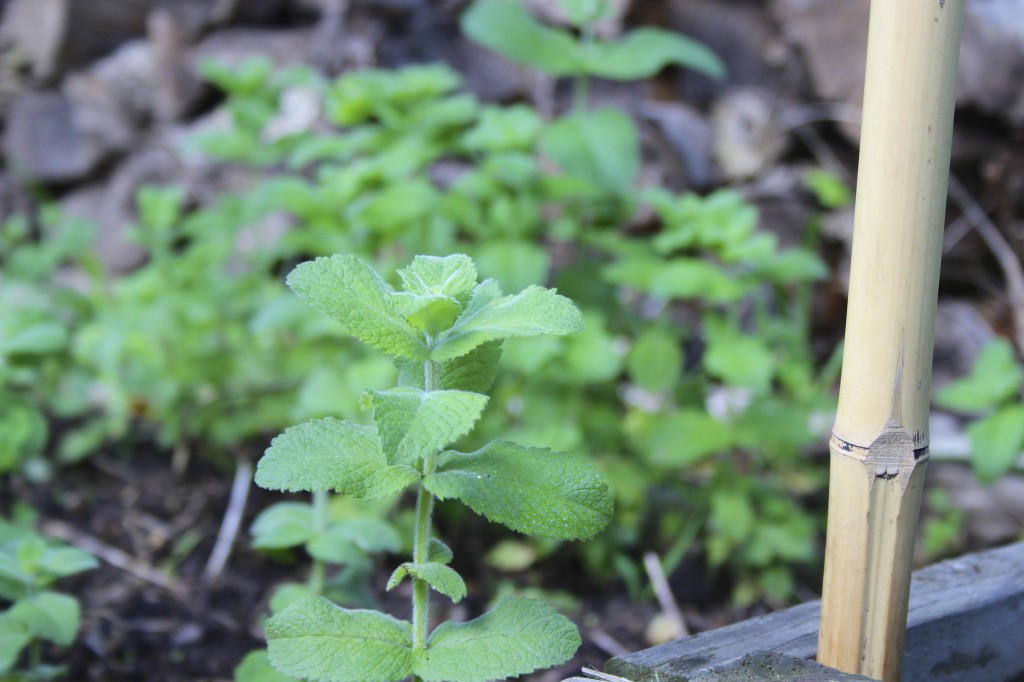 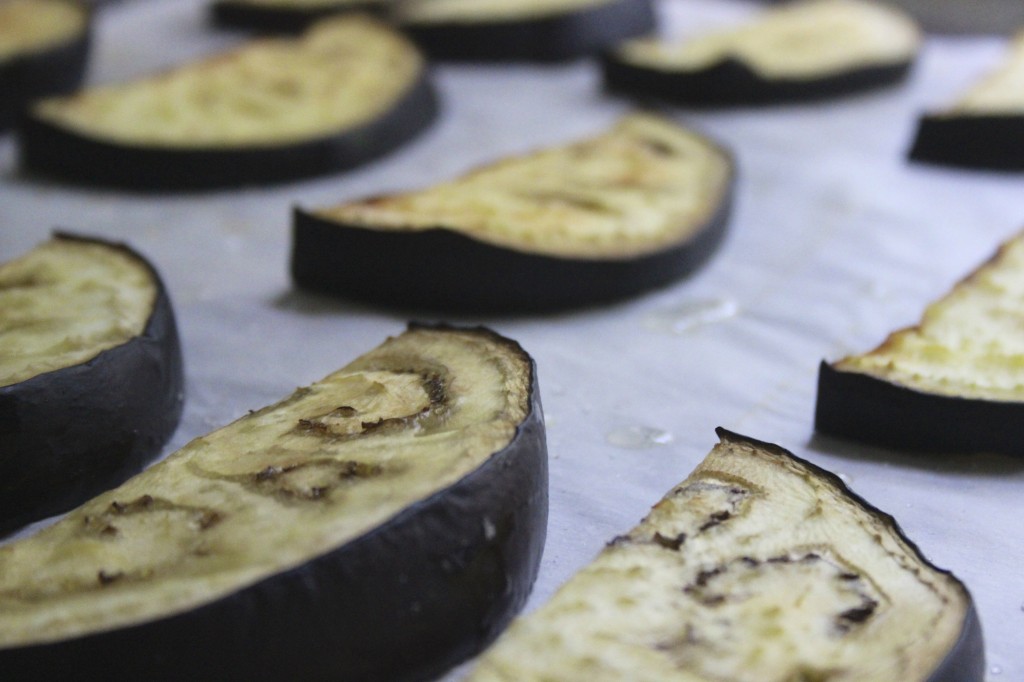 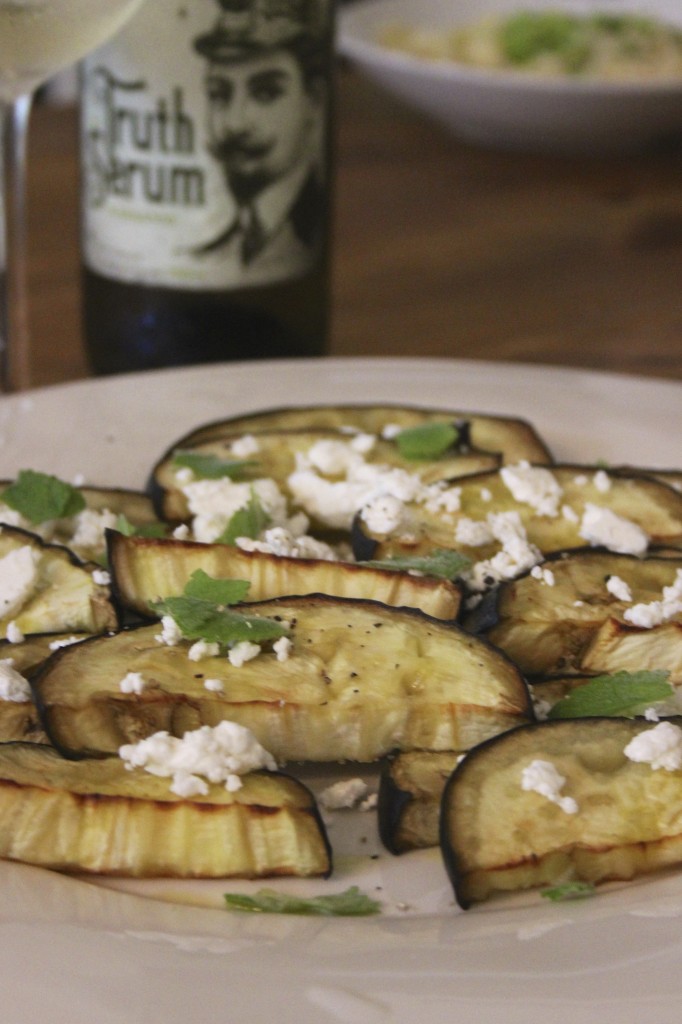 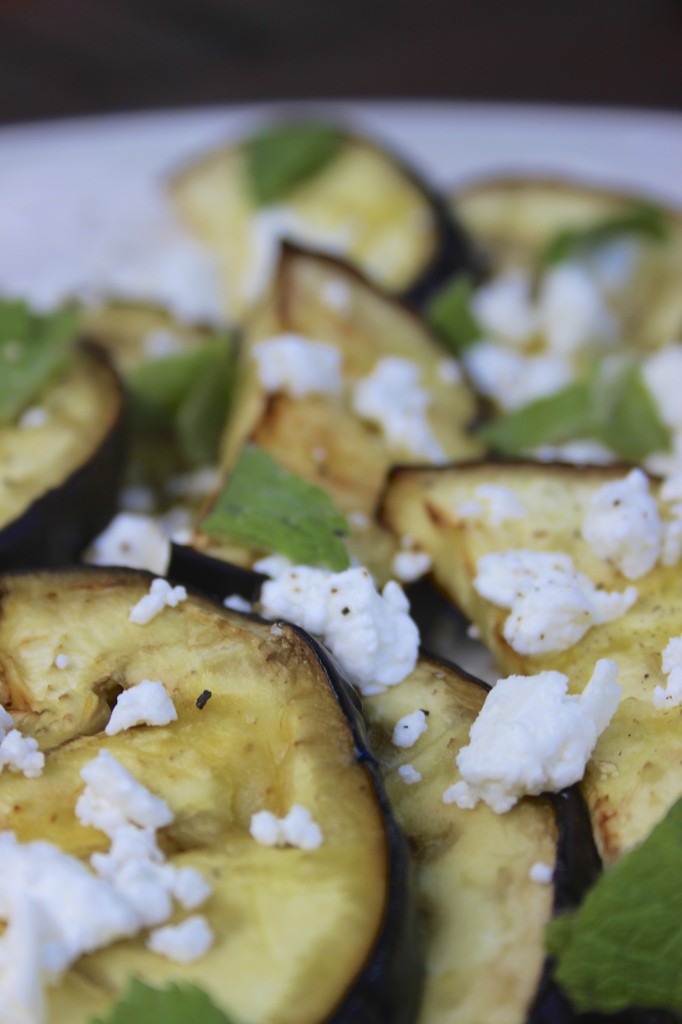