Thumbing through my great grandmother’s handwritten recipe book I came across this clipping titled “Housewives Ask Short Cuts in Preparing Summer Dishes“…because of course, what housewife would want to be stuck behind a stove in the summer?! Clearly…a bit dated…although I speak those words having just dropped off my husband’s shirts at the dry cleaners and embarking on a day of being a temporary housewife as well…I will secretly enjoy my final two weeks of it.  Just don’t tell my Smithie friends.
I could not find a date nor a paper title on the scrap, but it felt very mid-century or earlier to me and was most likely out of the Boston area, as that is where she lived. 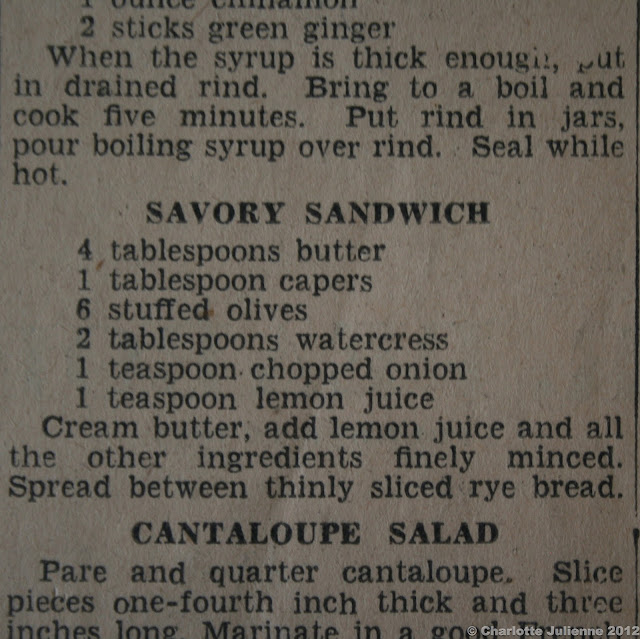 Loving simple “bar snack” type food for summer nights brought me to this recipe for the “savory sandwich”.  I pictured mid-century housewives sitting on their Eames chairs at their Saarinen tables watching the children in the newly installed inground swimming pool as they munched on these savory sandwiches while talking about how they asked for shortcuts in their preparation of summer dishes and they got them.  Maybe I’ve just seen “The Hours” too many times. 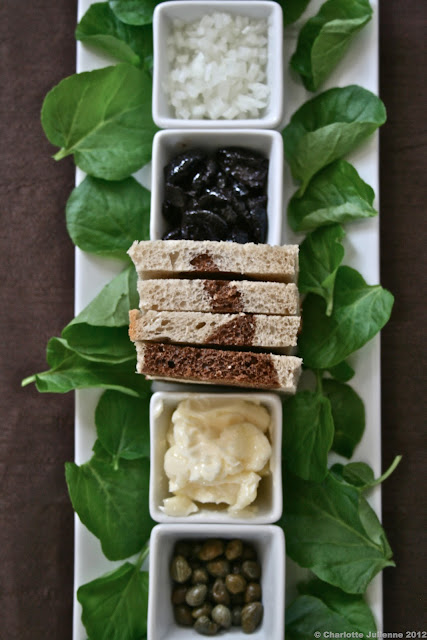 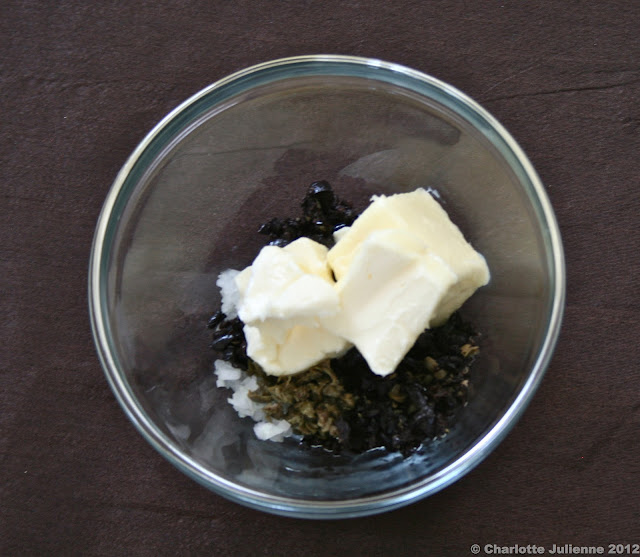 Finely dice all the ingredients and then mix into the butter and lemon juice. 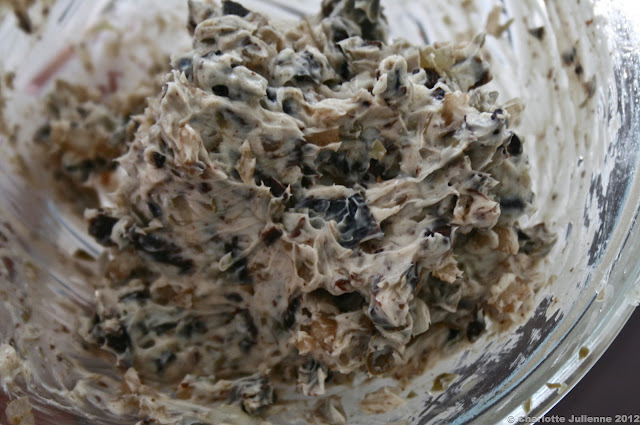 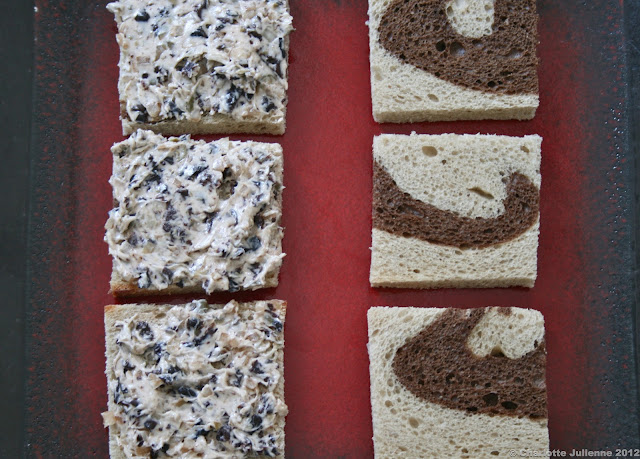 Layer one side of the bread with the spread. 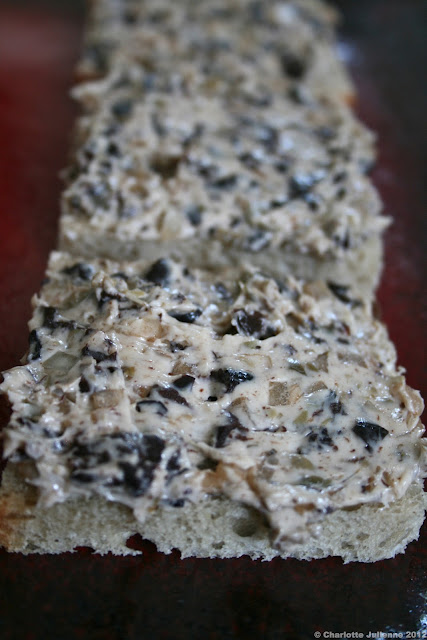 As you spread…do remember…it is butter.  I got a little carried away focusing more on the diced treats inside and realized (only when I bit into the sandwich) that it was a bit buttery. 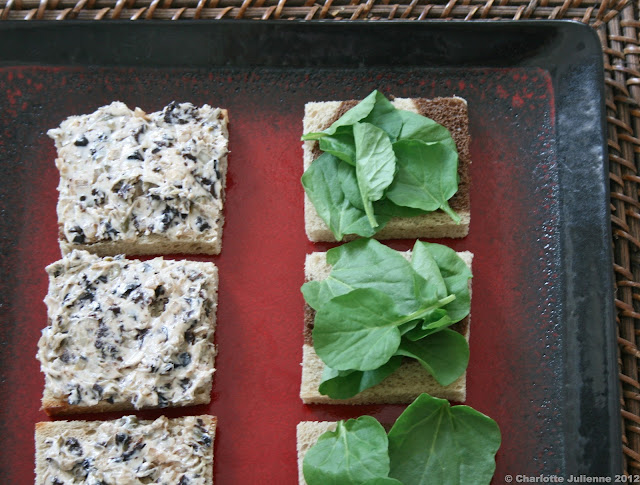 Place the cress on the other side. 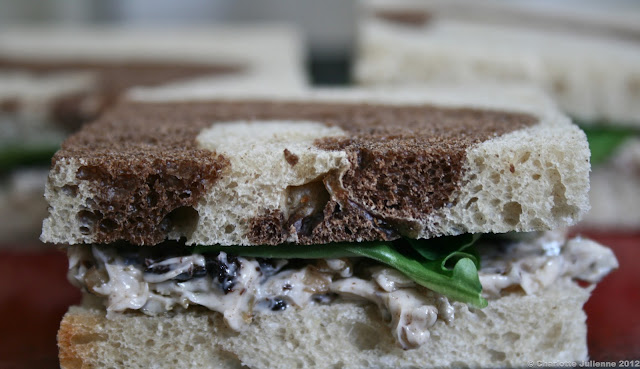 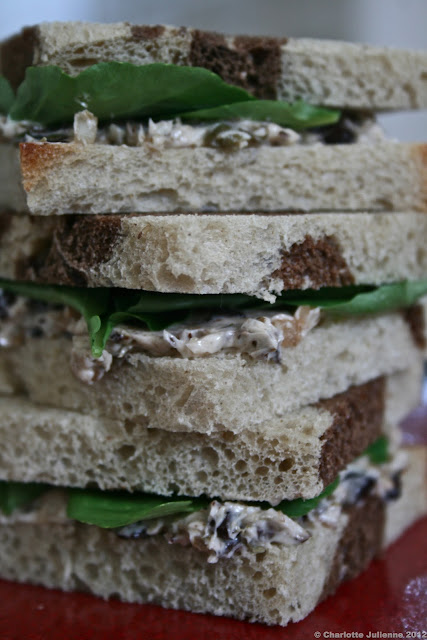 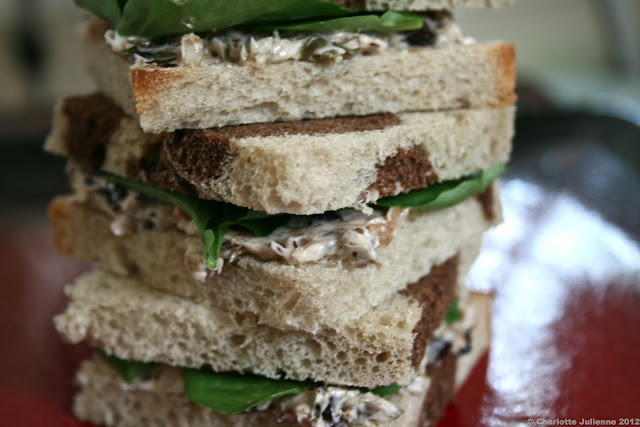 These had a lot of flavor due to the olives and capers.  The crunch of the cress was quite nice and the rye bread had that distinct flavor that only rye can have.  They did feel very retro and I almost half expected to turn my head and see a plate of deviled eggs being eaten by Sylvia Plath or Jackson Pollock…