We seem to have an abundance of cheddar cheese these days.  It might be because of the giant neighborhood size blocks we found at Costco (while in search of kitchen cabinets which we did not find) and felt the immediate need to buy two of due to the extremely low price…so yeah…cheddar.  The dog loves it.  The humans, however, have been looking for a few new uses for it and came across a recipe for potato & cheddar soup with bacon from Wolfgang Puck.  We had not been to his website before and were so in love with the fact that for each recipe there is a calculator so you can adjust the serving size!  Oh it is so perfect.  Great feature and it will keep us going back.  We altered it a bit (omitting the leeks and garlic) because of our limited cooking resources these days (is the kitchen renovation over yet?!)…but it still turned out to be one of our new favorites.  When we make it again we will try to puree the soup a little longer so that the texture of the carrot is hidden in the soup itself – this time around it was a little chunky rather than smooth.  Amazing, classic flavors and the perfect meal for the cool fall nights.

Cook the bacon over a medium heat until crispy.  Remove with a slotted spoon and set aside.  Discard the fat but save 1 tablespoon to which you will add the butter and melt.  Add the onions and carrot and cook for five minutes.  Stir in the flour and gradually stir in the stock.  Add the potatoes and bring to a boil.  Cook, partially covered, for fifteen minutes or until potatoes are tender.  Place the cheese in a large mixing bowl and add a quarter of the hot soup, mixing until smooth.  Return it to the pan.  Gradually add in the cream, salt and pepper.  We opted to whizz ours with an immersion hand blender.  Heat until almost boiling.  Garnish with bacon. 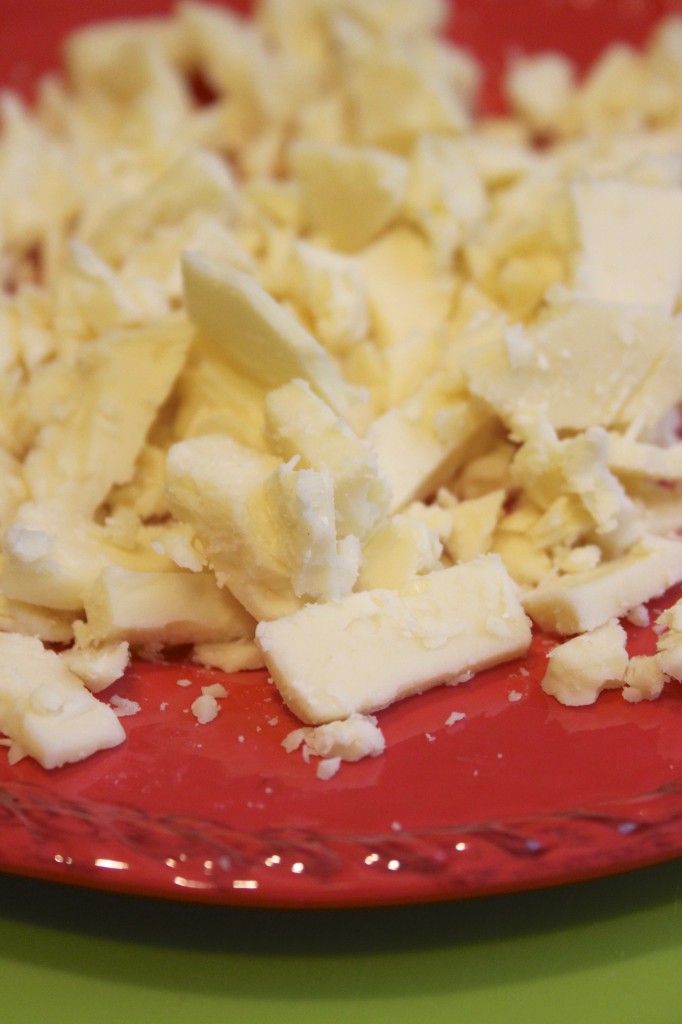 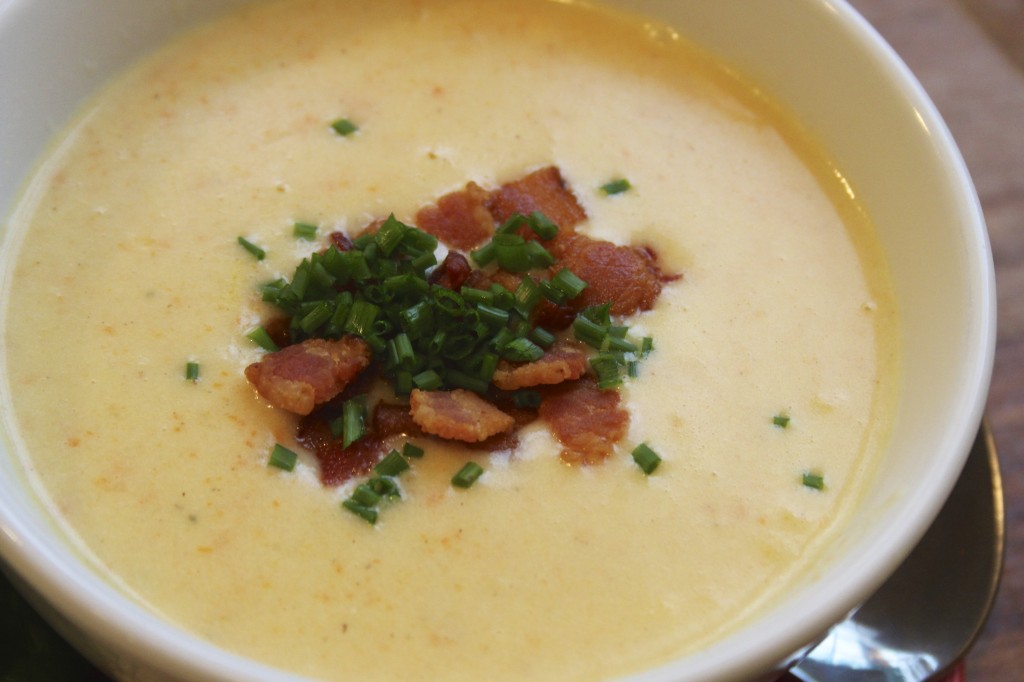