Burdock root is probably more known for its medicinal qualities than its use in cooking.  While it is popular in Asian cooking, it is less so in the rest of the world.  We happened upon some in the market and, after walking by it for about two months, decided to give it a try. 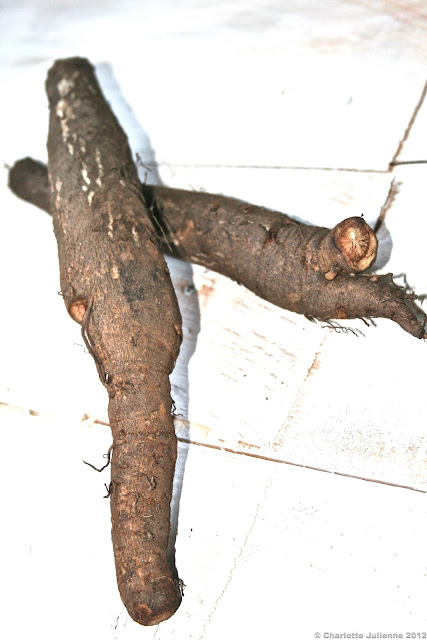 It is a woody root vegetable which somewhat resembles a carrot in size and has the texture (and flavor) of a water chestnut.  We found that it absorbed the flavor of the water we cooked it in and added a nice crisp texture to the overall dish. 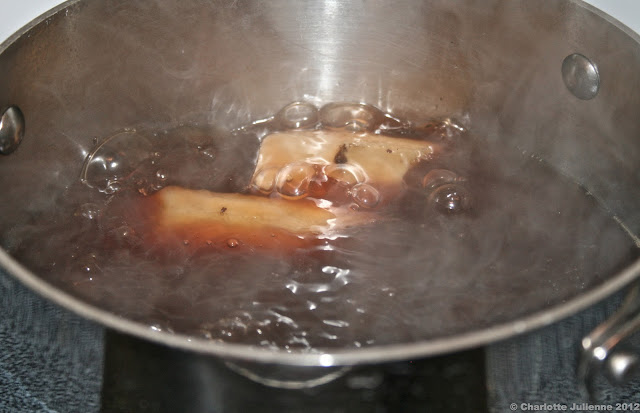 After peeling the burdock root we placed it in a pan with water, salt, soy and a little bit of lime juice.  By soaking the root some of the bite or harshness of the flavor will dissipate. 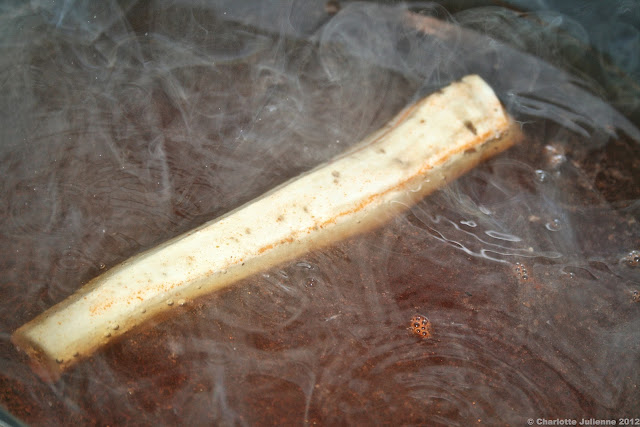 We let the root braise for about two hours. 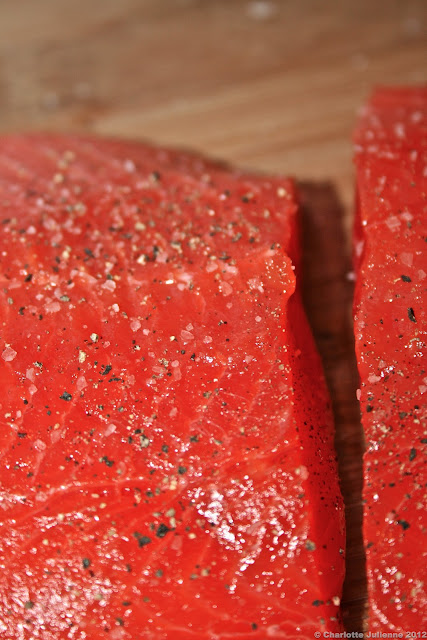 The salmon was portioned, seasoned and set aside to be cooked last. 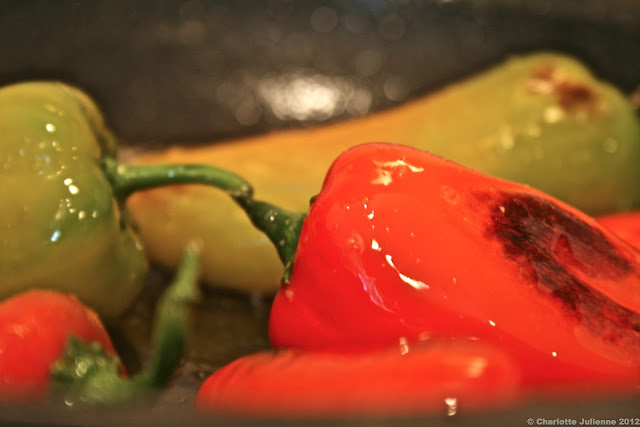 We had some beautiful vine sweet mini peppers which we wanted to use as well so we simply pan roasted them until they became charred.  We let them cool and then halved them, seeded them and placed them on the top of our burdock root which lined the bottom of our plate. 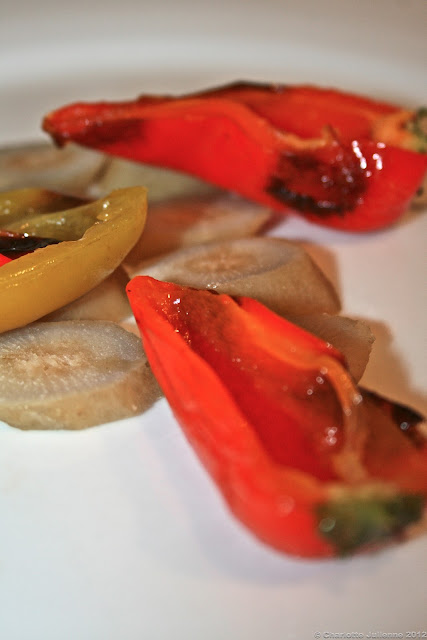 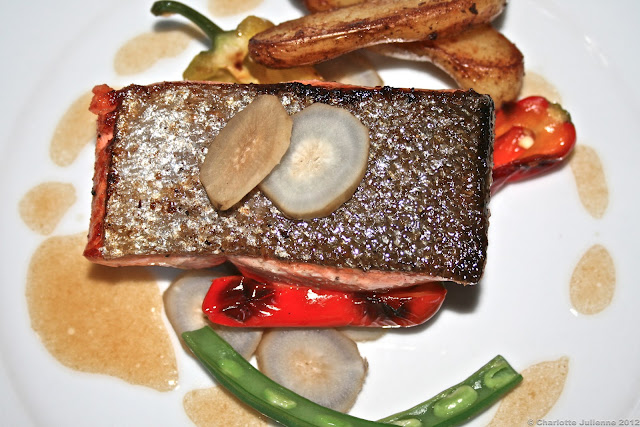 While the burdock root was good, the unexpected star of this show were the five spice potatoes.
They were par boiled in Chinese five spice. They were then shocked in cold water, halved and put in a sauté pan with a little oil and a little soy water from the burdock root.   The flavor and crispness of these potatoes was to die for.  We are big five spice fans so perhaps it was just our obsession with the flavor, but I would like to think they were just great potatoes!