When I was in college I began collecting cookbooks.  I had seen an offer to join a cookbook club and although I did not even have a kitchen, I began collecting.  One of the books I purchased was Preserving Today written by Jeanne Lesem.  I loved the cover of the book more than the idea of preserving food, and so I had never used the book until today.
We purchase our vegetables at a small local produce shop. This week they happened to have pickling cucumbers.  This recipe is super simple and although we are choosing to keep our finished product in canning jars for a month, they can also be eaten immediately as they are a “quick” version of a pickle recipe. 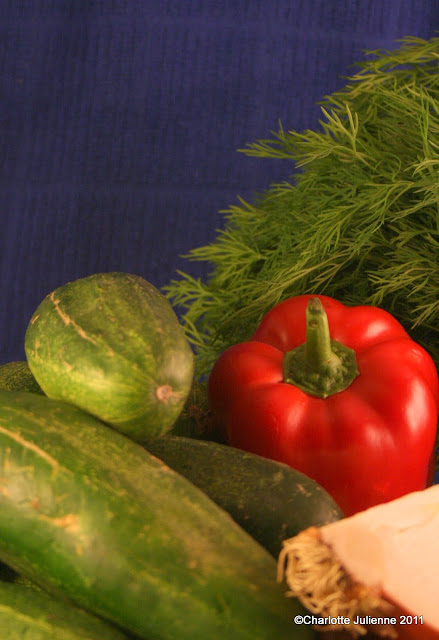 We also chose to add organic sugar, coriander seeds, bay leaves, sea salt and mustard seeds.  You can vary the spices to accomodate your tastes.  In the end, we did not follow the recipe in the book, but rather used it as a guide. 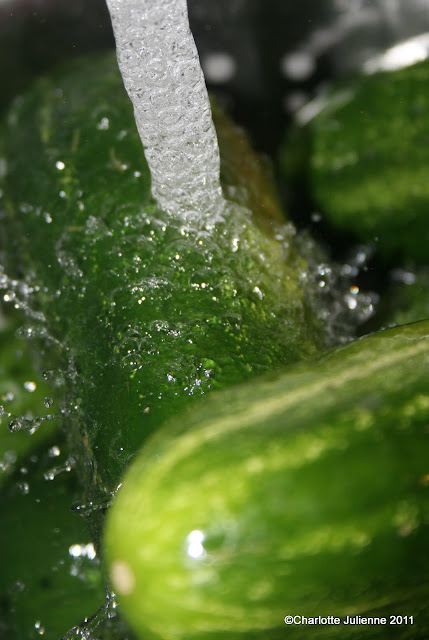 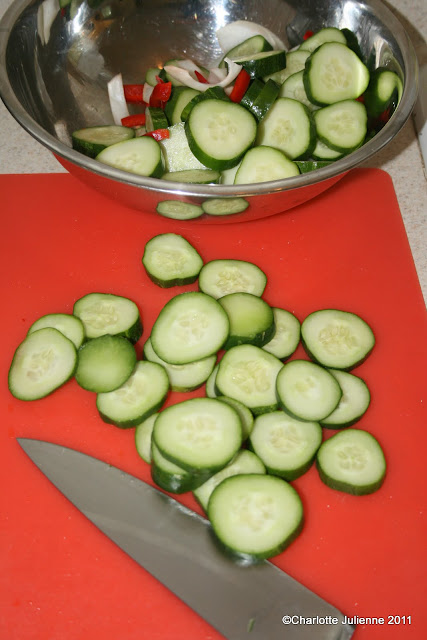 Wash and slice the cucumbers, pepper and onion.  You can slice these to your liking- we wanted a chunky cucumber slice. 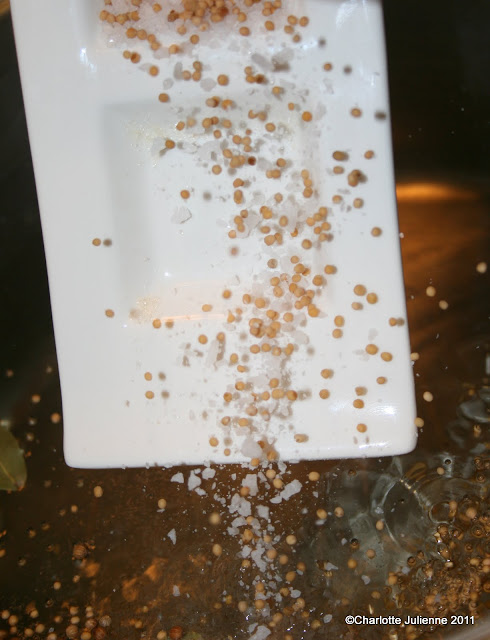 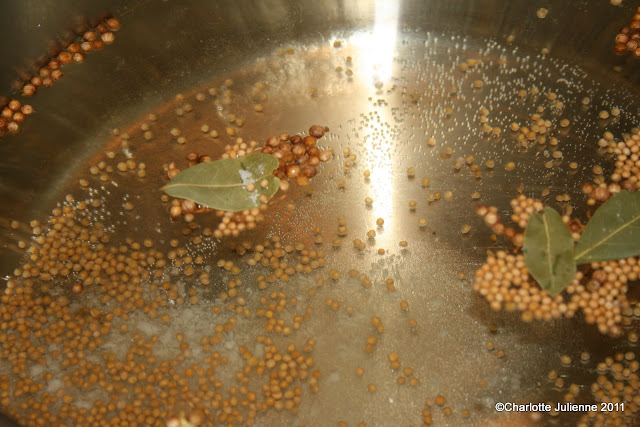 Add the spices and sugar to the vinegar and heat until the sugar is dissolved.  While this is happening you should prepare your canning jars.  I’ll be honest, this is what had kept me from preserving food for all of these years.  As it turns out, it was quite easy…but then again…I wasn’t the one who was responsible for doing that part of this blog! 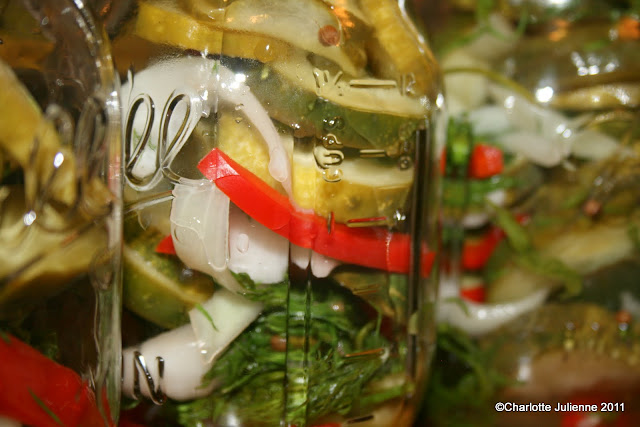 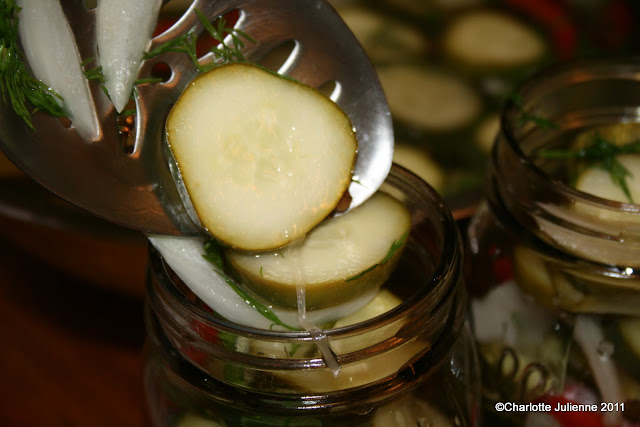 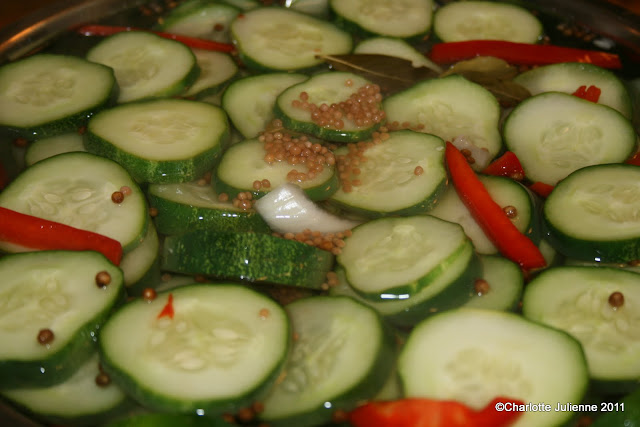 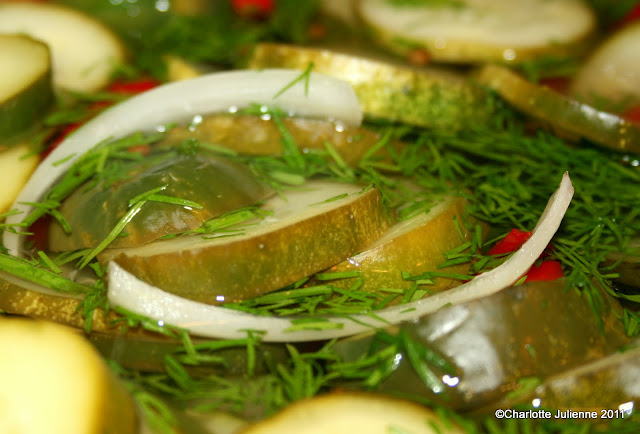 Pack your canning jars with the sliced cucumbers, pepper and onions.  Pour the liquid into the jars and carefully seal the lids shut. 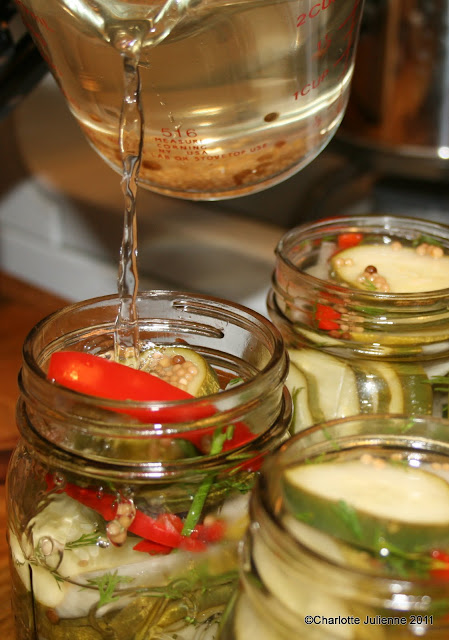 This is a quick recipe and, as I said earlier, these can be eaten immediately if you so choose.  If you let them rest for a month the flavor should be a bit milder.  When we first tried them they had a bit of bite to them.  We are looking forward to seeing how they taste in a few weeks.