Late in the day on Sunday sometimes all you can be bothered with for dinner is something simple.  As I mentioned yesterday we also like to use up what is in the fridge.  As it turns out tonight’s “what was left” ingredients made for a lovely summer salad. 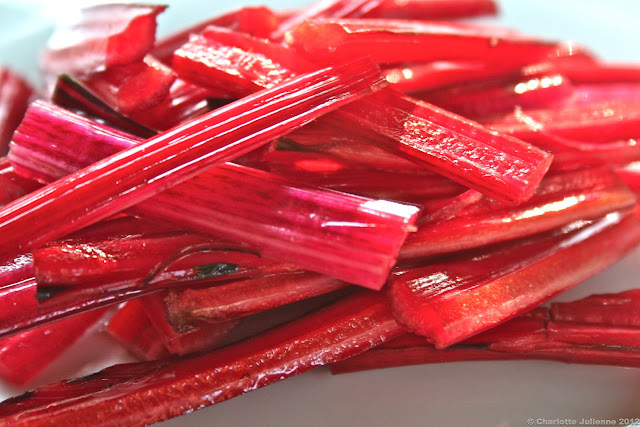 We began by separating the swiss chard stalks from the greens.  The stalks were then halved and cleaned up or trimmed of the remaining greens.
They were then placed in a pan full of boiling pickling liquid.  This liquid included water, sugar, champagne vinegar, salt, pepper, and a bay leaf.
We left them in the boiling liquid for about 30 seconds before we removed the pan from the heat and then let the stalks steep in the hot liquid for about twenty minutes. 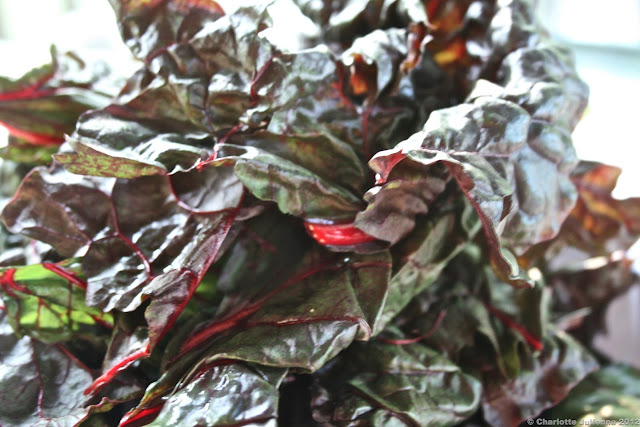 In the meantime we took the swiss chard leaves and placed them in a large pan with mustard greens, a splash of water and a squeeze of lemon juice. 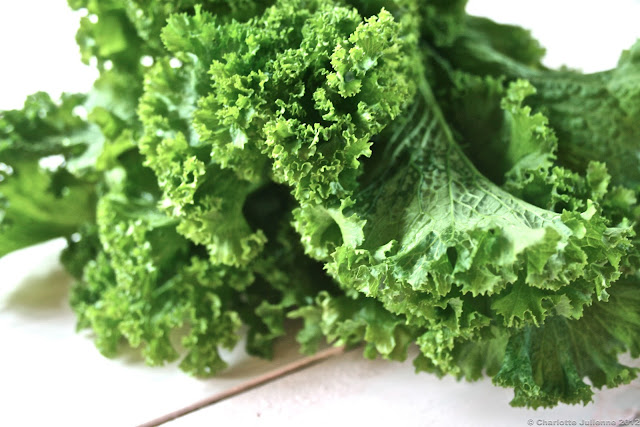 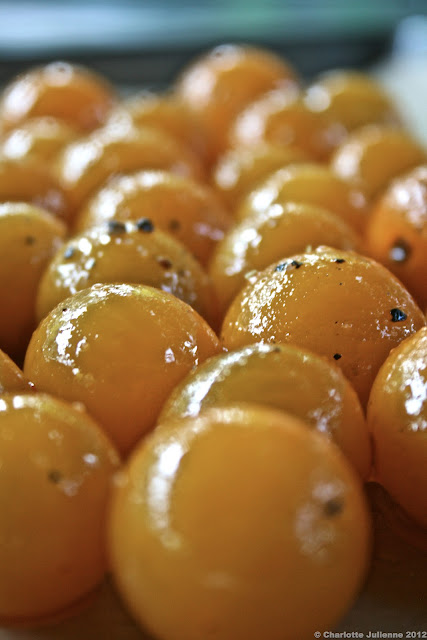 We decided to roast some little sweet yellow tomatoes as well.  These were dressed in olive oil, salt and pepper and then went into a 425 oven for about 30 minutes. 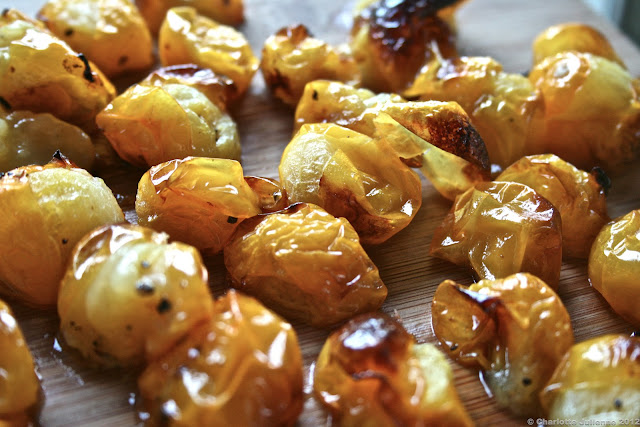 When they came out they were sweet and silky. 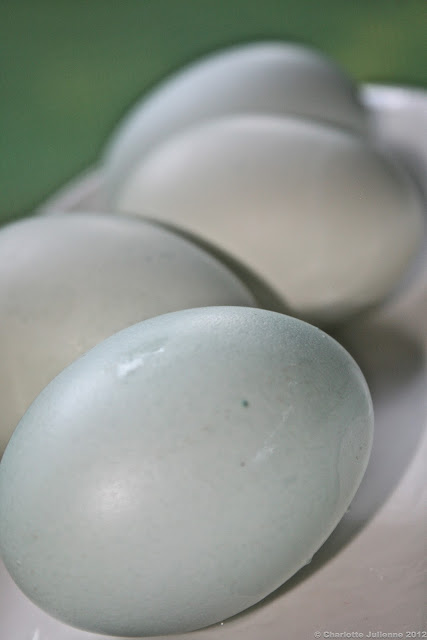 Continuing on with our “use it up” theme, we hard boiled a few eggs. 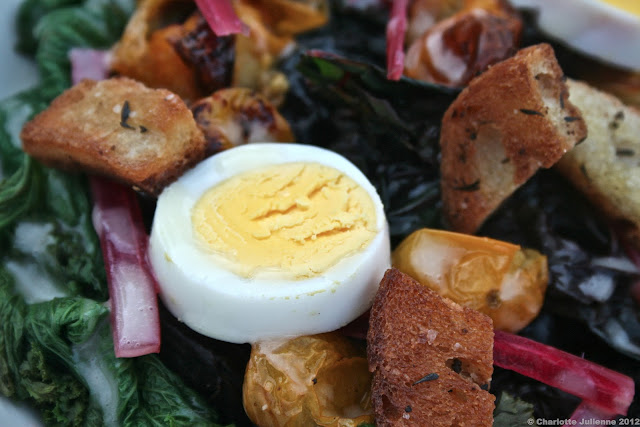 Finally it was time to eat.  We placed the swiss chard in the center of our plate and surrounded it with the mustard greens.  The mustard greens have quite a bite to them and provide a little heat to the palate. We placed the julienned pickled stalks atop the chard and then placed the tomatoes, egg and some croutons we made with a day old baguette.
We made a simple egg yolk sherry vinegar emulsion and drizzled it atop the entire salad. 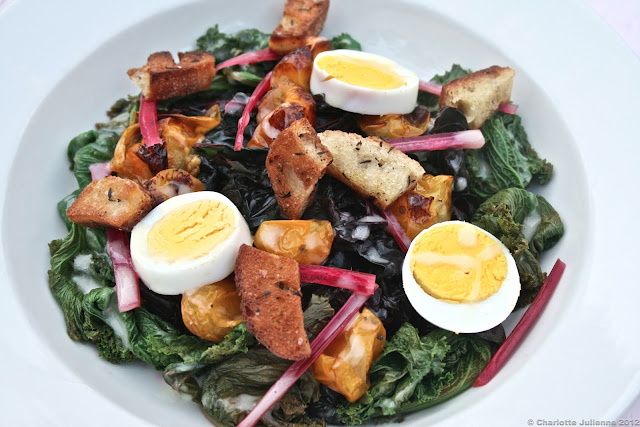 It was easy, tasty and helped us use up some ingredients that otherwise would not have lasted much longer.  Tomorrow is a new day and a new shopping trip to the market for the coming week as well as some upcoming surprises we have planned for our readers!