Cabbage.  As a child we only ate cabbage on St. Patrick’s Day, which, was actually a little confusing because I grew up thinking we must be of Irish descent, when in fact we were not.  Why we “celebrated” St. Patrick’s Day I still don’t understand, I think my mother just did not want us to feel left out.  Even then the cabbage we ate was just your normal cabbage. Then there were the pretty purple cabbages you could put outside with your mum’s in the fall…but savoy cabbage…I had never seen growing up.
We came across them in the market the other day and decide to stuff them into little charlottes. 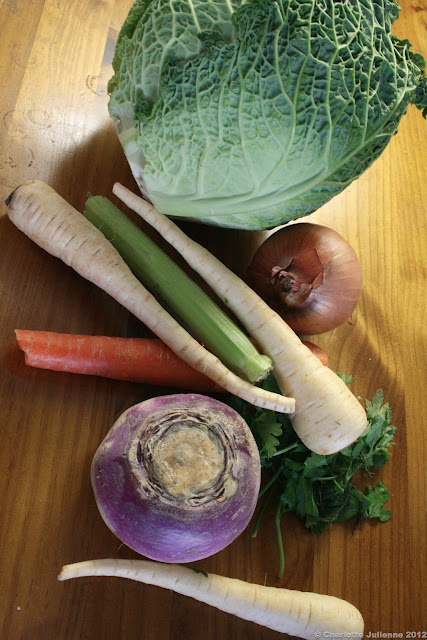 We began with our savoy cabbage, parsnips, celery, a turnip, one onion and a carrot as well as some Italian parsley. 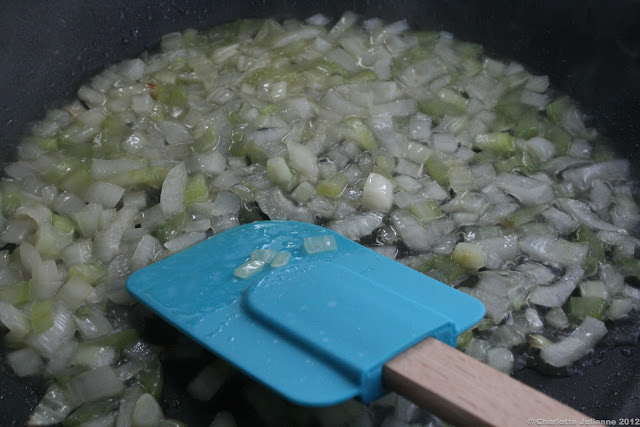 In a sauté pan sweat down the onion and the celery until translucent.  Add in the carrot, parsnip and turnip and sauté with a splash of olive oil and white wine. 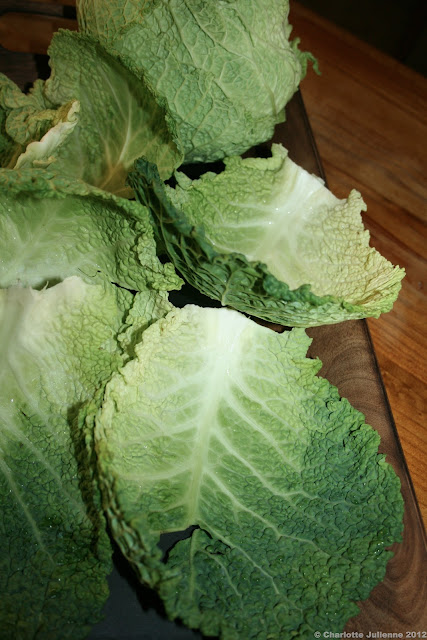 Separate the cabbage leaves and drop them into boiling water. 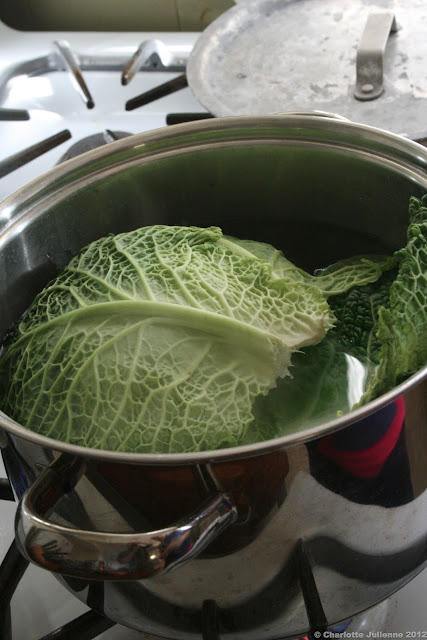 Keep them in the water for about two minutes and immediately remove them and drop them into an ice bath. 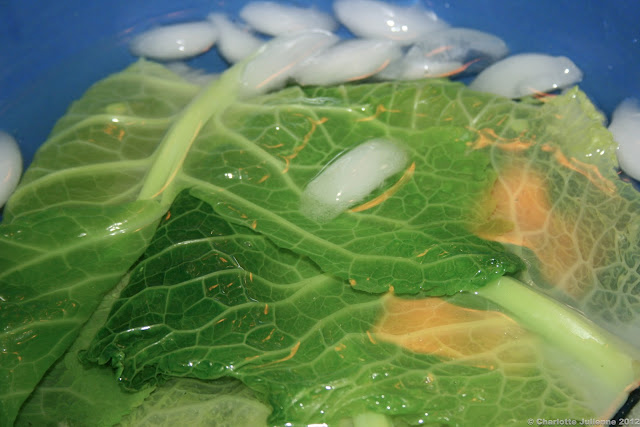 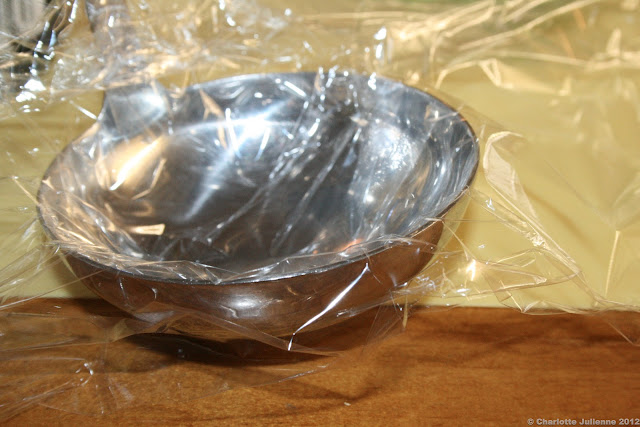 While the cabbage leaves are cooling in the ice bath prepare the mold for the charlottes by placing a small square of saran wrap in a ladle which has been sprayed with cooking spray. 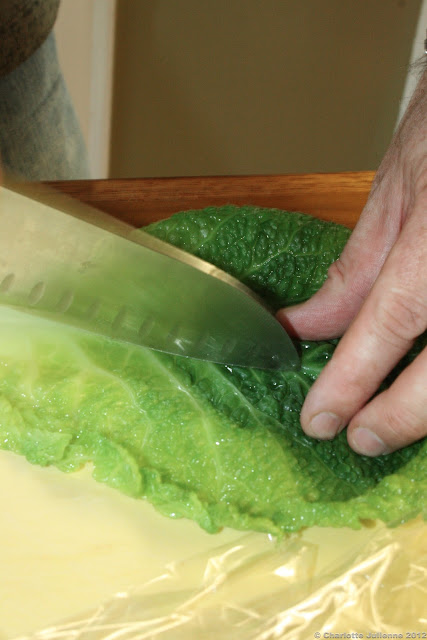 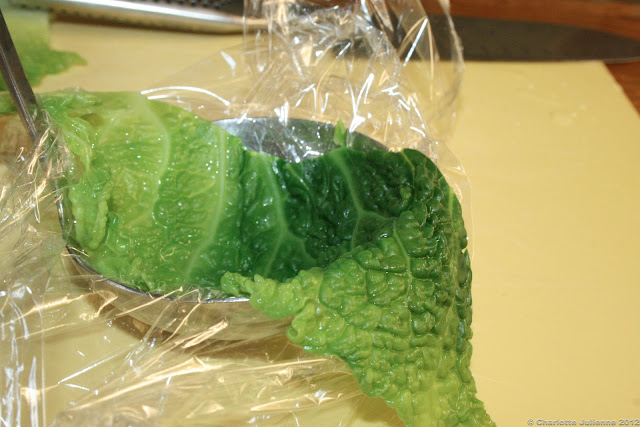 Place one leaf in the mold. 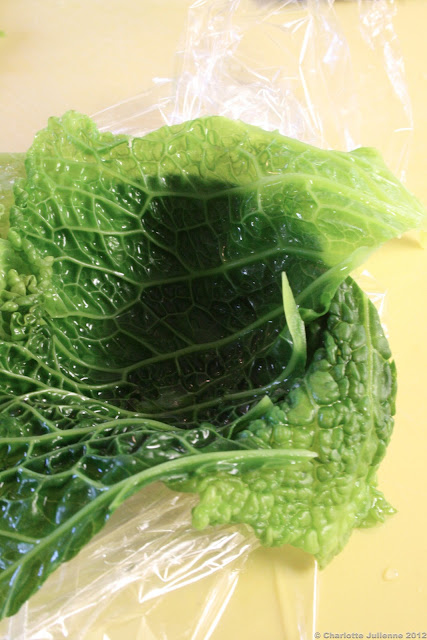 Layer the second leaf in the other direction. 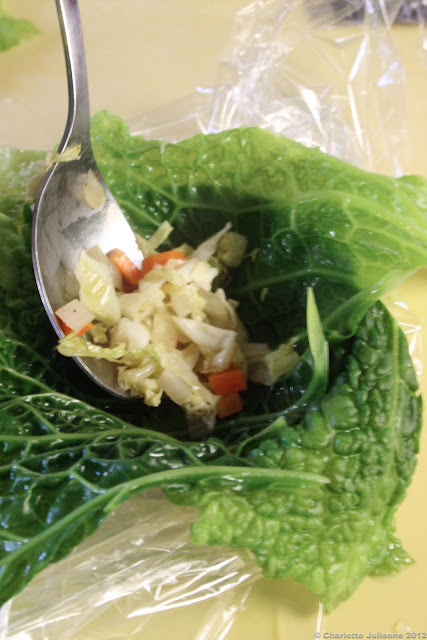 Begin spooning in the vegetable mixture. 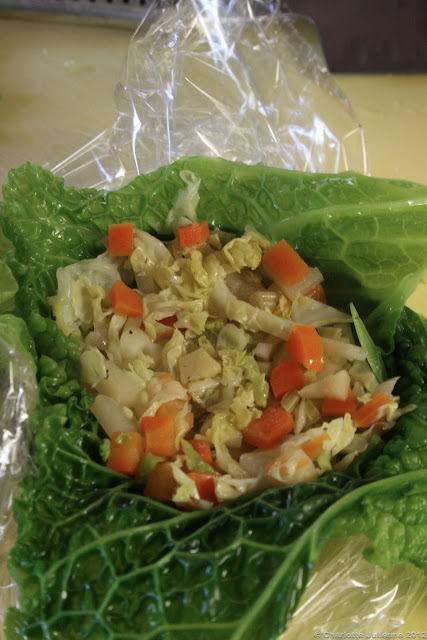 When they are filled to the top of the ladle start to fold over the cabbage leaves one side at a time until all four have been folded. 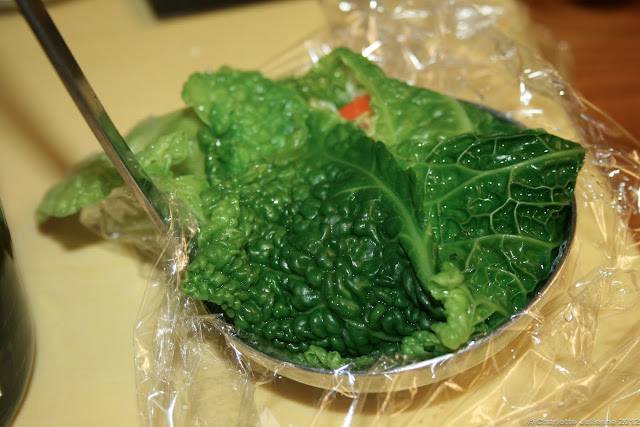 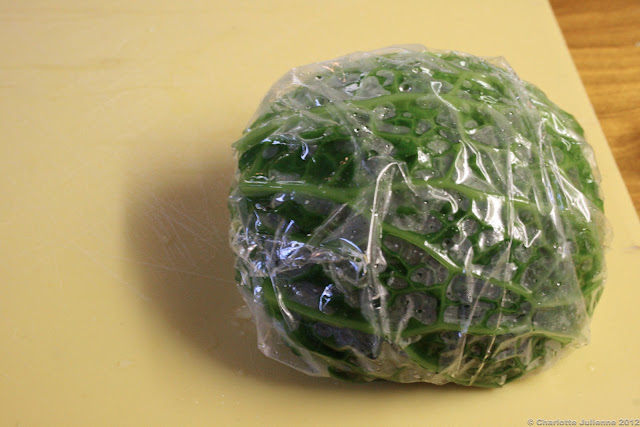 Once all four sides have been folded over begin to fold the saran wrap over the top and then remove the cabbage charlotte from the ladle.
You can place these wrapped charlottes in the fridge to be warmed later or you can just hold them as is while you plate the rest of your meal. 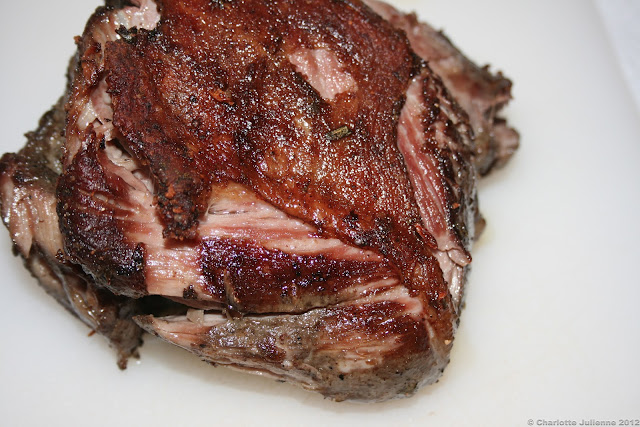 We served our savoy cabbage charlottes with de-boned sous vide lamb leg which had been cooked in garlic and rosemary and then browned off after 36 hours of cooking at about 60 degrees centigrade. 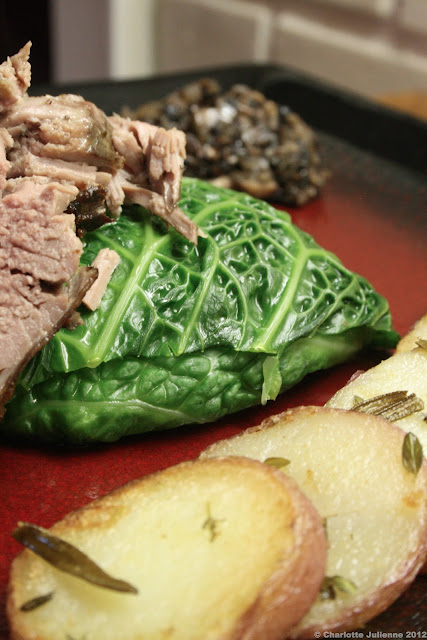 They are pretty on the plate and full of flavor. 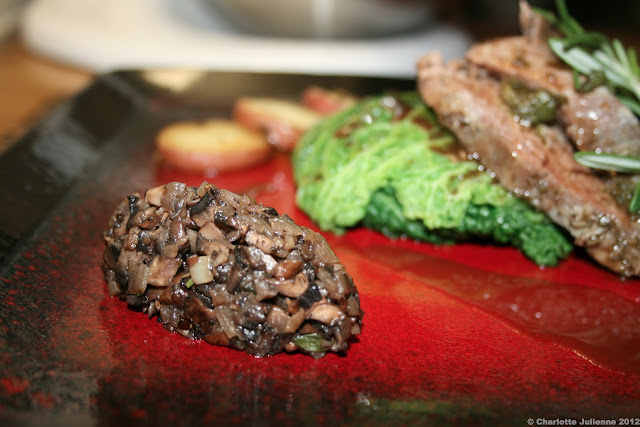 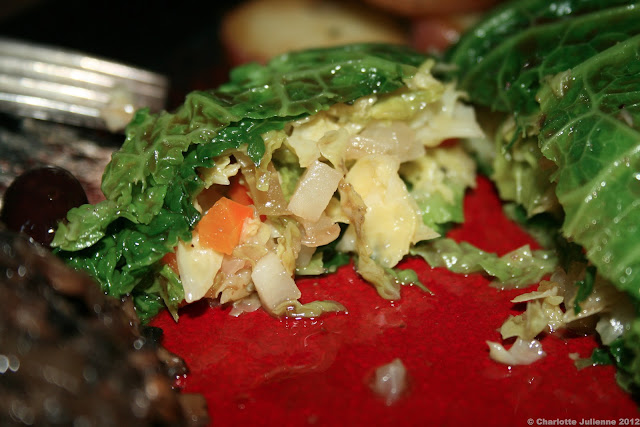 Filling the cabbage takes away any of the assumed “blandness” associated with cabbage.  These were like little presents full of flavor and texture.  They were an excellent accompaniment to the lamb.