Can you really have fall without a few recipes that utilize the gorgeous little pumpkins and squashes that are decorating every market here in New England? We came across these adorable buttercup squash at the market and decided to see what they were all about.  We were not sure how “meaty” they would be inside, but knew we wanted to preserve their uber cuteness so decided to cut the tops from the bottoms and see what was hiding within.  As it turns out they are not very “meaty”.  They did, however, have a lot of seeds.  At that point we decided they might be at their best stuffed with a wheat berry salad.  That way we could utilize what little flesh was there and use the seeds as well.  The sweet little shells would not go to waste as we could serve the salad inside of them.  This was easy and could really be quite varied depending on what you have in your fridge. 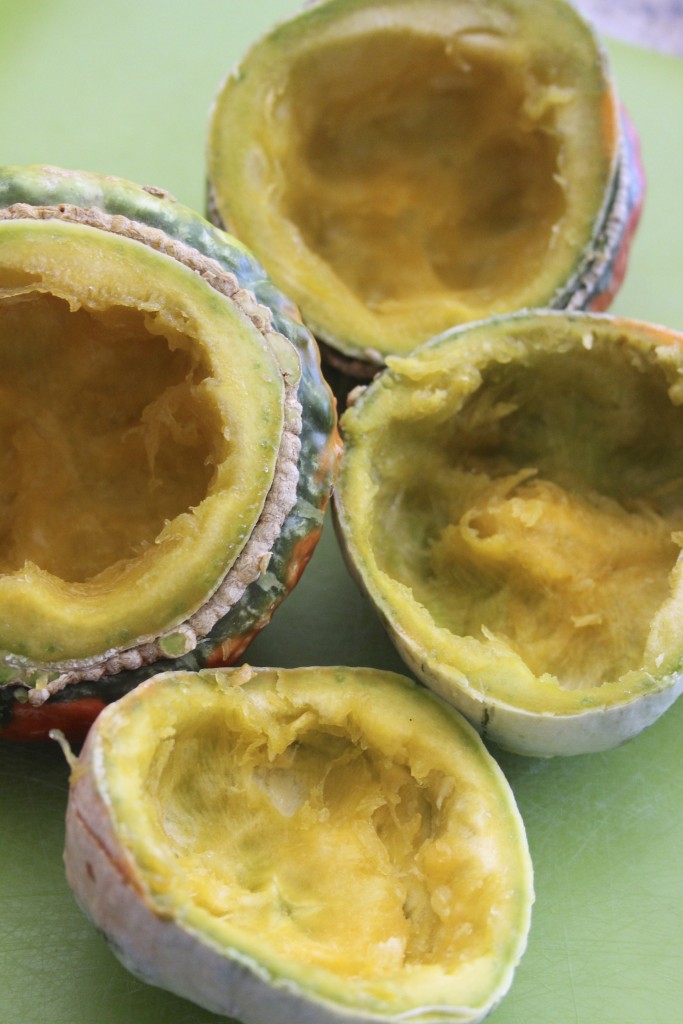 We started by washing and drying the seeds.  We tossed them in olive oil and salt and then spread them out on a parchment lined baking tray.  They were baked in a 300 f. oven for about an hour.  We didn’t think it would take quite so long- but we wanted them to be super crunchy so we decided to leave them in a little longer until we achieved that texture. 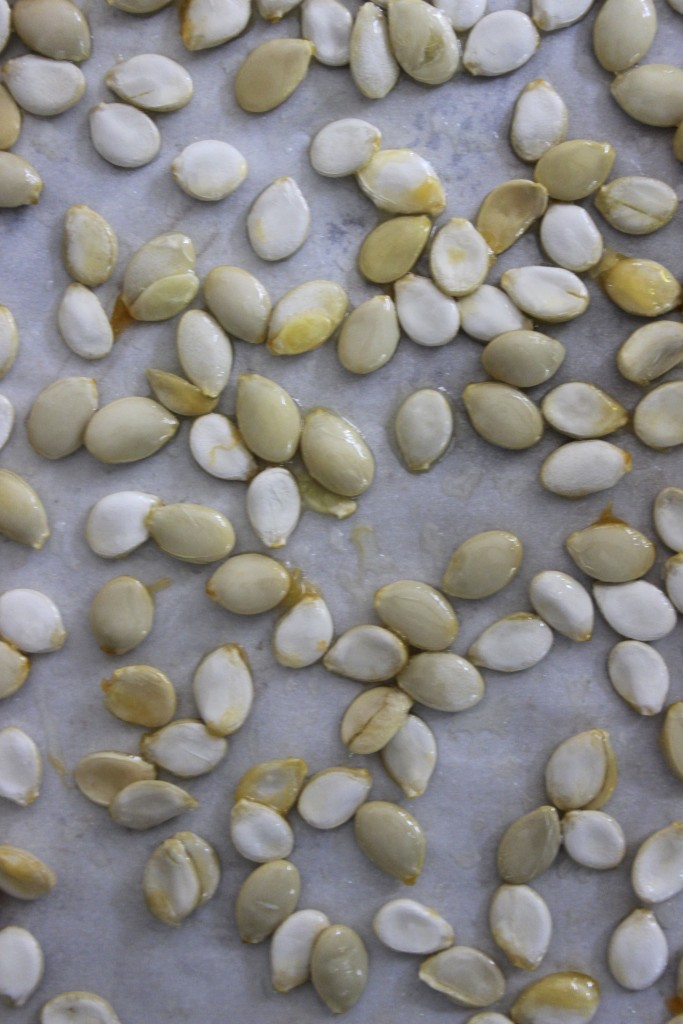 While they were cooking we placed the squash cut side down in a baking dish that was filled half way with water.  These were placed into a 350 f. oven for about thirty minutes.  I do think this will vary based on your oven and the size of the squash.  These were pretty tiny and, as I have mentioned, fairly thin inside so there was not much to cook. 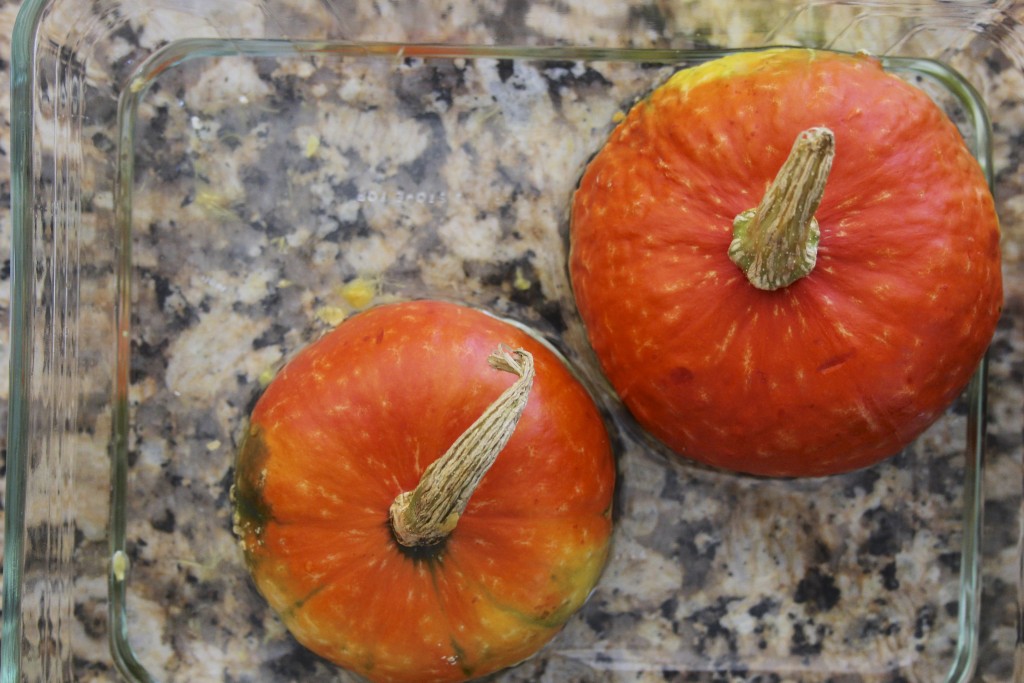 When they came out we scooped out some of the flesh and chopped it with some sautéed zucchini, sweet onion and dried cranberries.  We added some thyme, olive oil and salt and pepper before tossing it with our wheat berries which had been cooked in our electric pressure cooker on high pressure for 6 minutes.  We like our wheat berries to have a little ‘bite’ to them.  If you like yours more well done I would suggest adding a minute to the cook time.

Finally, we stuffed this mixture into our cooked squash and served them.  They were so cute! The squash seeds were the star of the show.  The flavor was lighter than that of a pumpkin seed.  The texture of the seed was really lovely with the soft squash & onion mix.  This is a super easy little fall recipe that works perfectly for a light lunch or as a side dish with a dinner.  It is also a sneaky way to get your kids to eat squash & pumpkin if they don’t usually cooperate! 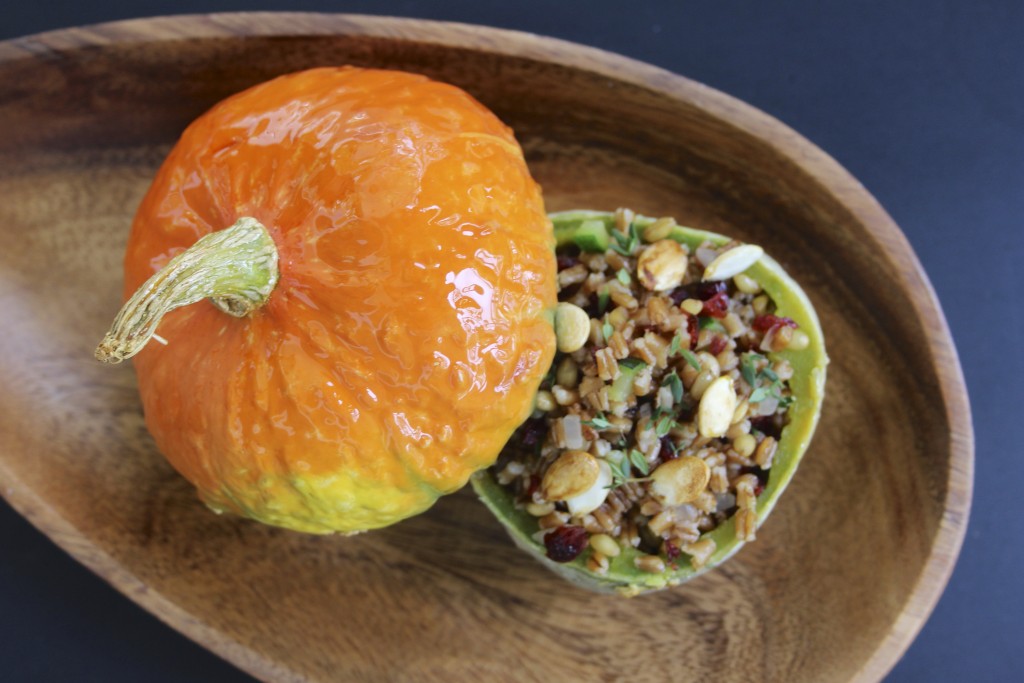 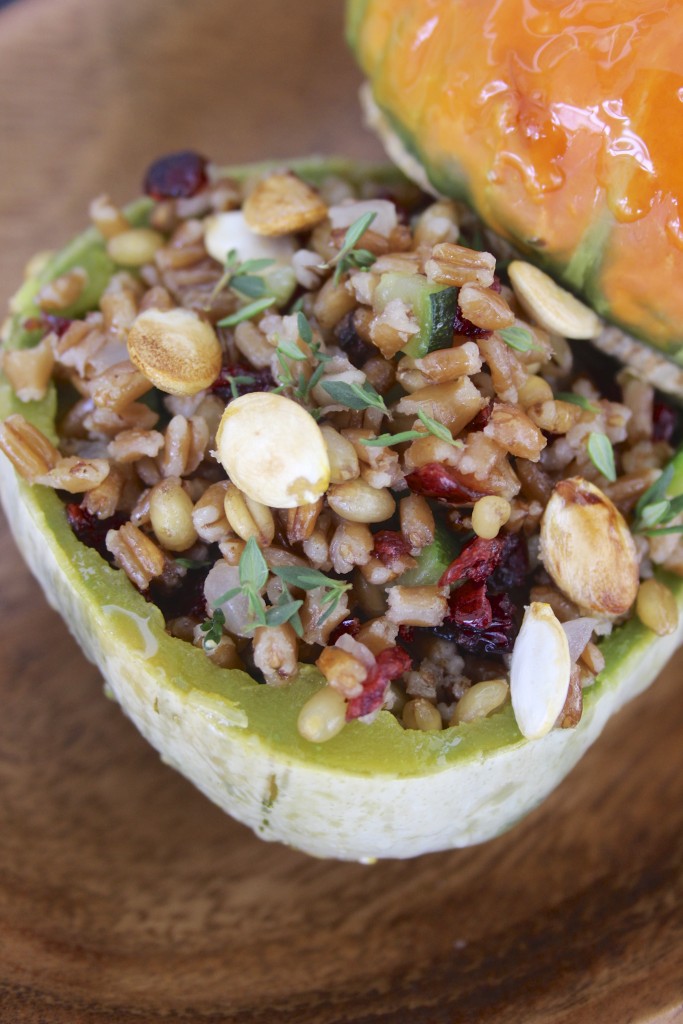 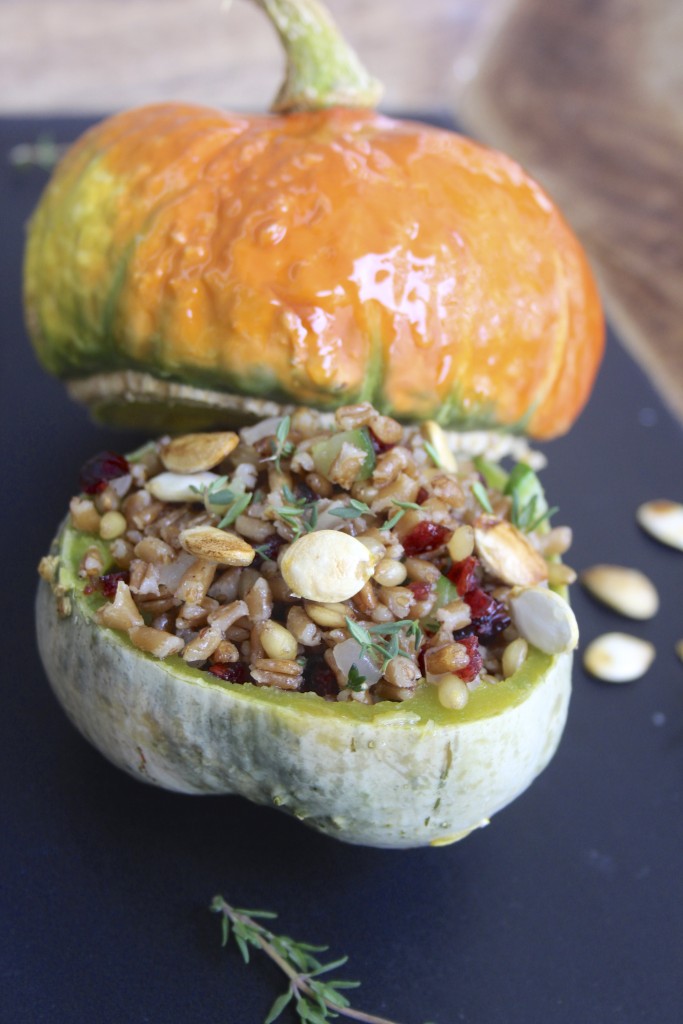