Whilst it is not the prettiest of dishes, this chestnut puree was quite scrumptious when combined with sautéed leeks and served aside a lovely piece of New York Strip Loin.
We had not planned on purchasing chestnuts, but when we walked by them in the market they were calling to us so we grabbed a few.  They are quite meaty and can hold their own as a side dish.  We found that they held up quite nicely with the steak. 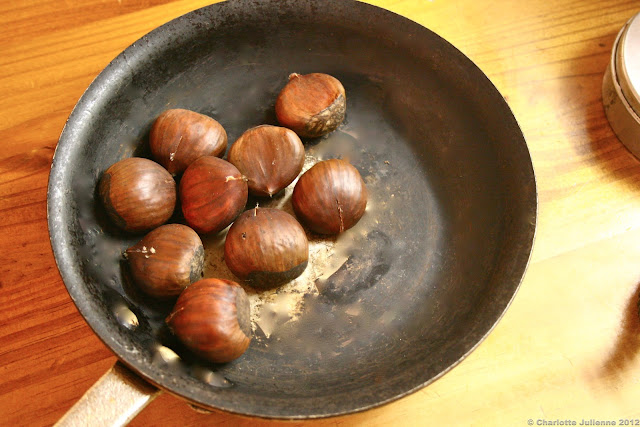 We began by slicing the bases of the chestnuts to allow the steam to escape.  We then put them in a small frying pan and roasted them over a hot flame for about five minutes or until they split open. 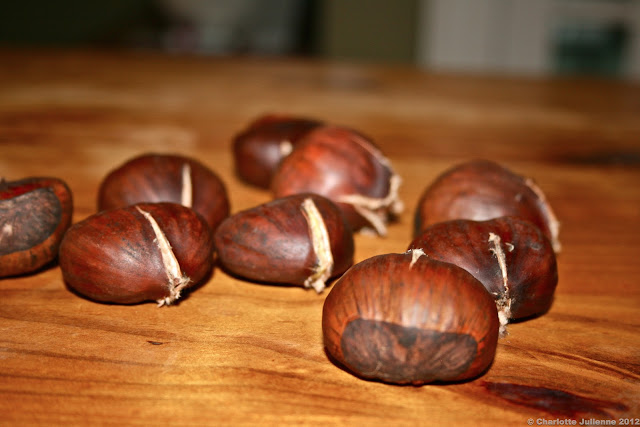 We allowed them to cool a bit so that we could then break open (and discard) the shell. 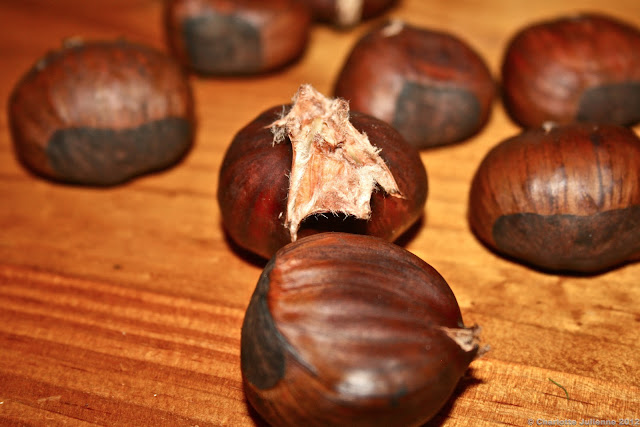 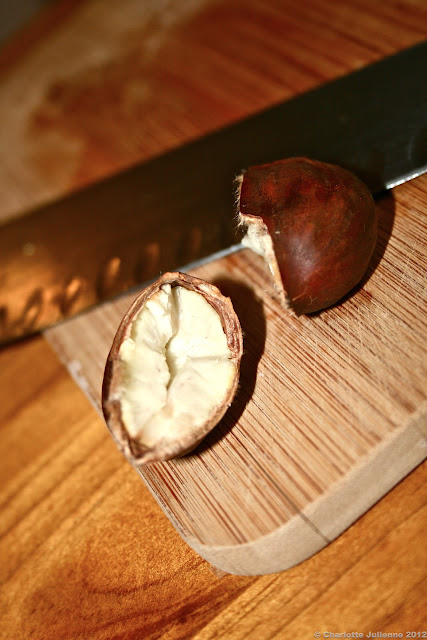 Once the chestnuts were cooled and separated from their skins/shells we took the “meat” of the nut and added it to a food processor where we mixed in a little water and a drizzle of olive oil until it began to churn.  Really you only want enough liquid to get it churning.  We added a touch of salt and pepper at the very end.  It is that easy. 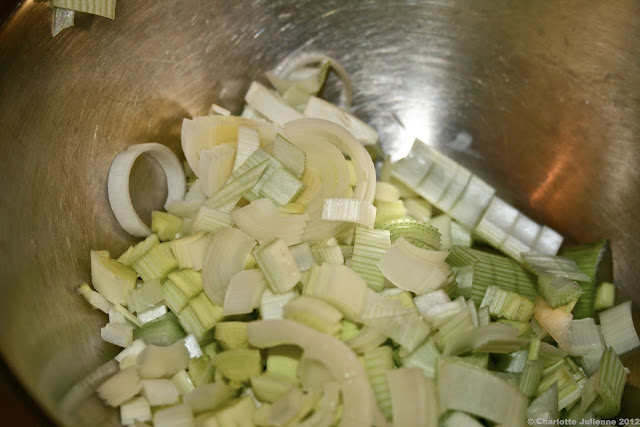 In the meantime, we cleaned and sautéed some leeks.  We love leeks.  Any chance to use them is ok with us! In this case they added a great color and flavor to the chestnut puree. 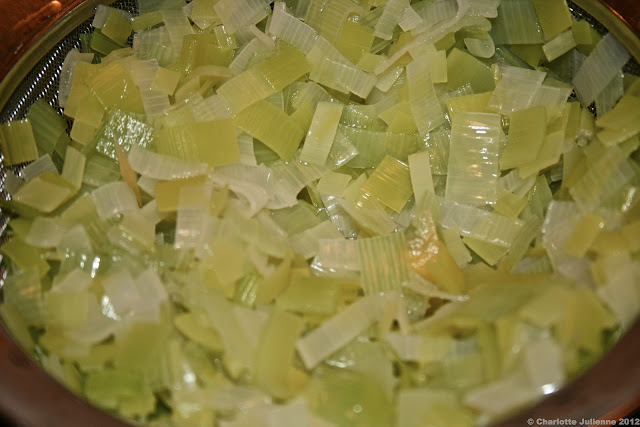 The leeks will appear fairly translucent when they are done. 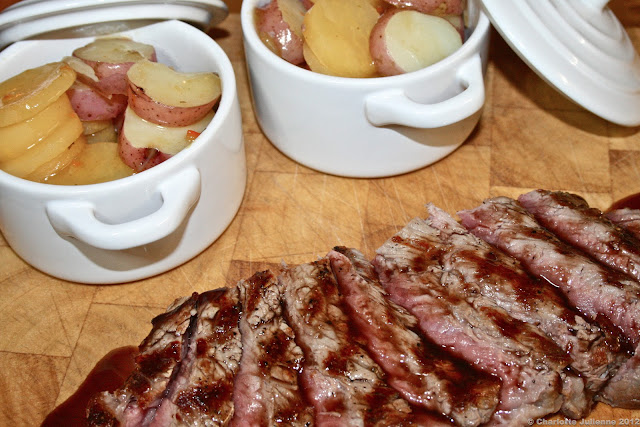 We served our chestnut puree with individual casseroles of potato and turnip coins cooked in chicken stock as well as a lovely piece of New York Strip steak. 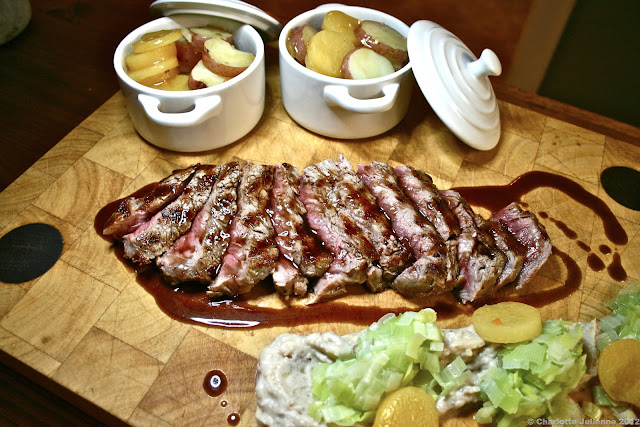 The leeks were added atop the puree for color and texture. 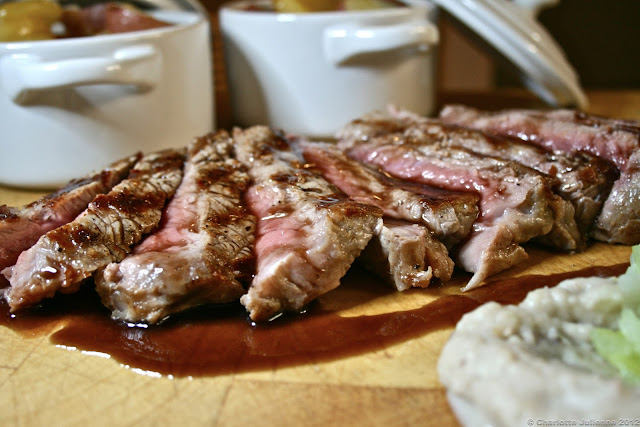 It was really a great weekend dinner and so easy to make.