For Father’s Day my husband received a small Weber Smoker from our children.  We decided to use it to smoke two pieces of blackfish which were caught locally and given to my husband by a colleague.  We started by rubbing the fish in Kosher salt, ground pepper, brown sugar, thyme and rosemary.  We covered this and let it sit for about two hours.  The rub was then washed off and the fish lowered into the smoker.  We used hickory chips on the bottom of our smoker. We left the fish for about a half hour and then removed it and allowed it to cool completely.  The blackfish held up really well and maintained its meaty consistency without falling apart.  If you’ve ever had smoked fish, you know a little goes a long way.  We decided to use ours for a few different recipes. 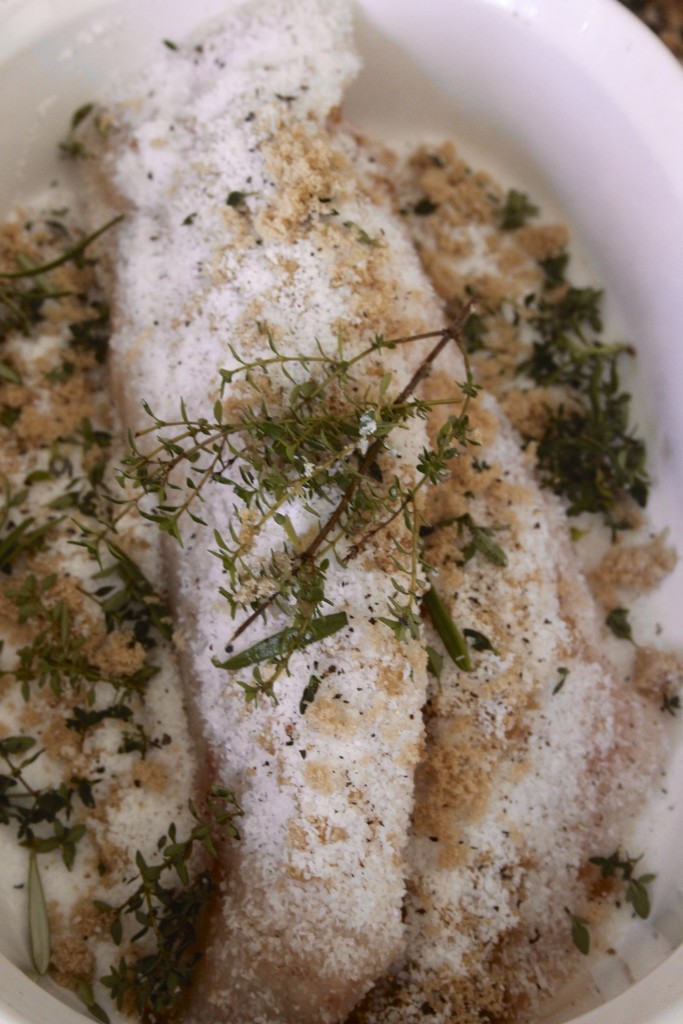 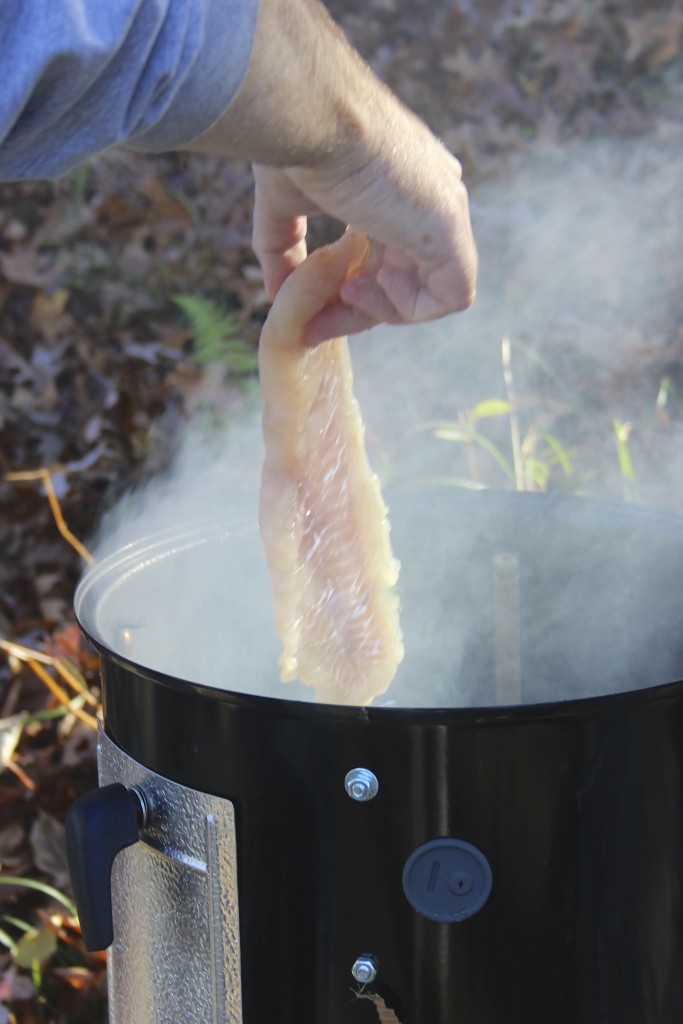 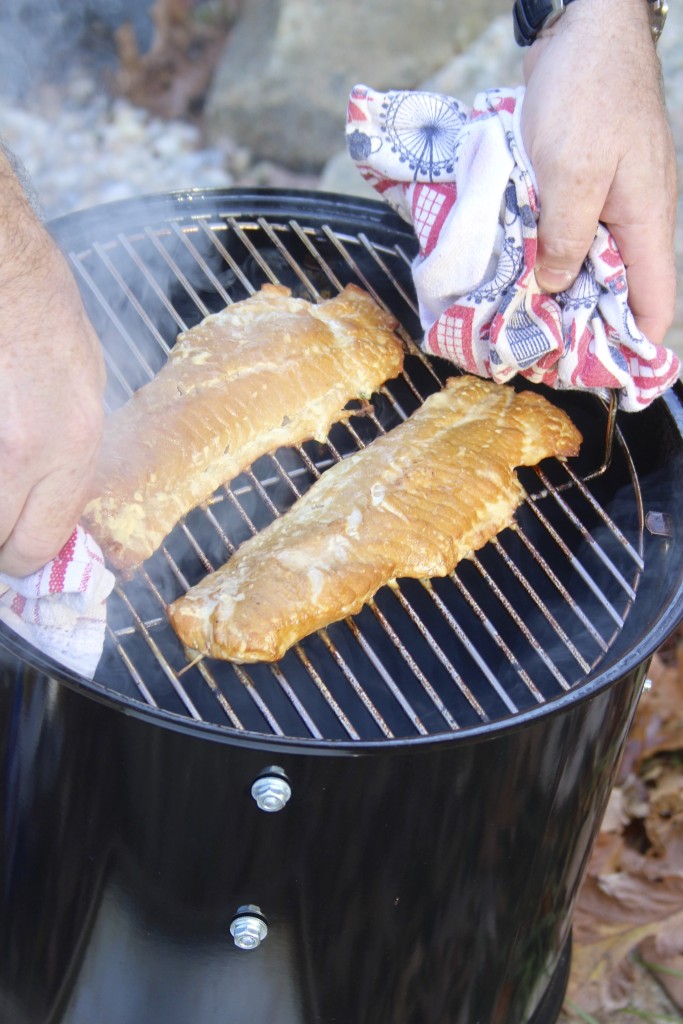 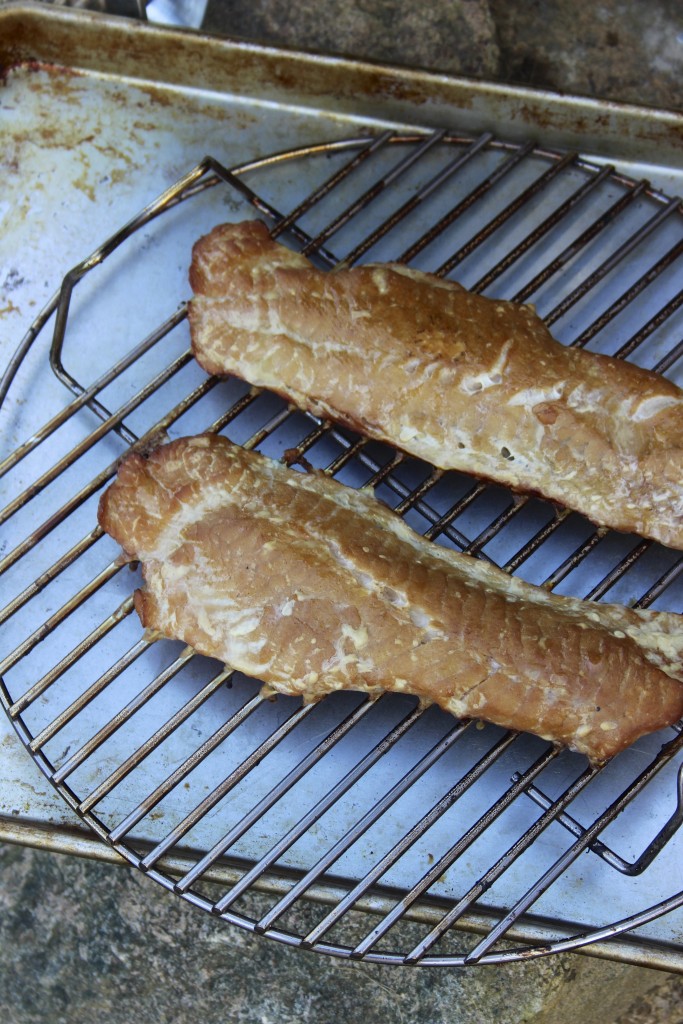 When my Jane Green Good Taste Cookbook arrived a month or so ago I was really pleased to see so many classic British recipes included.  At our house we eat our fair share of classic British food.  We have Marmite in our cabinet and Heinz Baked Beans on our shelf.  (Full disclosure…I would not touch either of those classics!) But one thing we have managed to never cook, in the nearly ten years we have lived as a US/UK family is Kedgeree.  In the words of Julia Roberts in Pretty Woman…Big mistake.  Big.  I have been missing out for ten years! After reading Jane Green’s recipe and learning this is a classic Victorian dish, I decided to look through our British cookbooks and learn more.  As it turns out Kedgeree is a recipe in nearly every classic British cookbook we own. 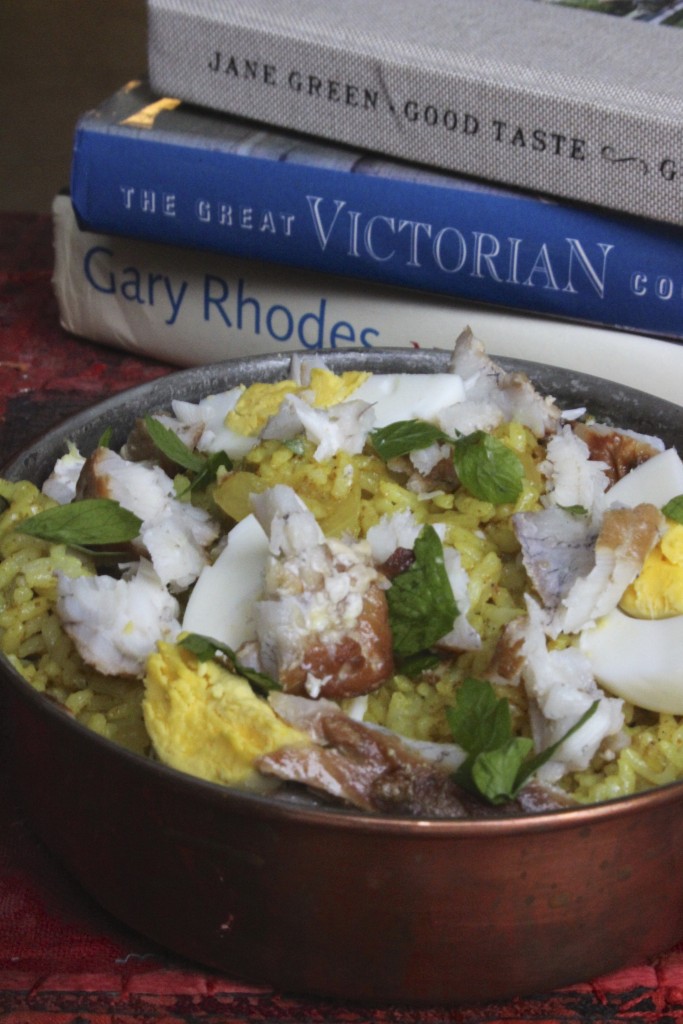 Originating in British-ruled India, consisting of rice, lentils and eggs, the Brits added fish and took out the lentils.  While they generally use haddock, we used what we had on hand.  The flavors are very savory – not like the sugar coated American breakfasts we are used to.  After making it, I think it is also a great idea for brunch, lunch or dinner.  I know from my reading that there are a lot of classic ways to make Kedgeree that involve cooking the rice in the same pan as the curry base.  I cheated.  I cooked my rice in our electric pressure cooker and then added it to my sauté pan where I had been softening one yellow onion and two tablespoons of curry powder.  Once it was all combined, I added a tablespoon of butter, some of our smoked blackfish, slices of hard boiled egg and some parsley.  A squeeze of lemon really lifted this up and, combined with the parsley, gave it a lightness it needed to balance out the smokey fish.  Smoking our own fish made this fun and knowing the fish was caught locally was a little extra perk…one that once again reminds us how lucky we are to have access to such fresh food. 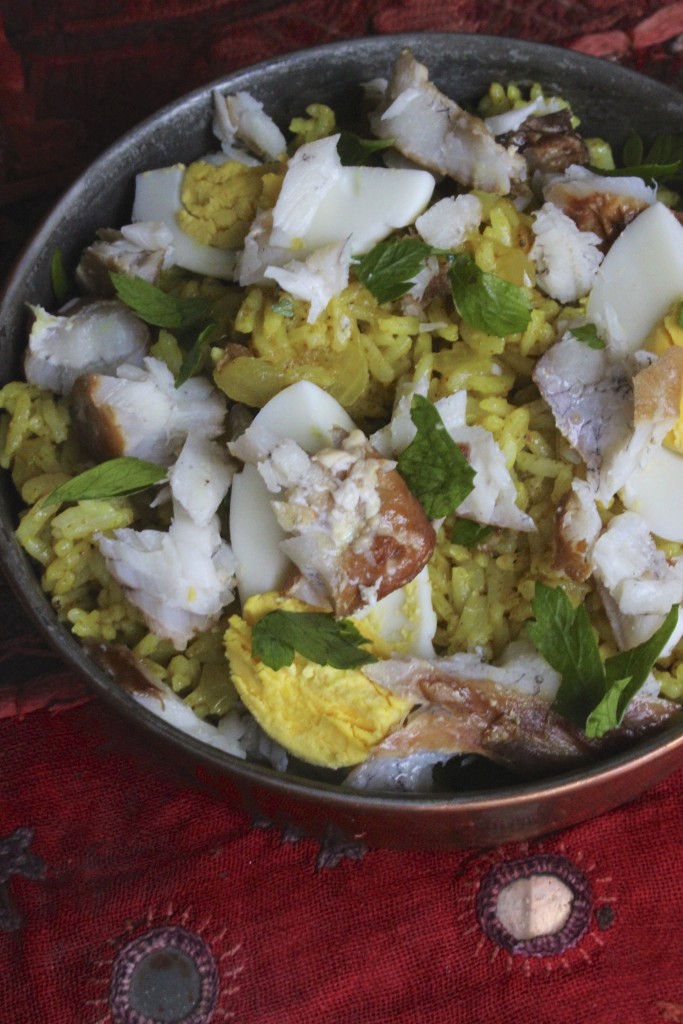