I have always loved rabbit, in fact years ago myself and a friend would grab our shotguns and head up to Catterick Army training area in North Yorkshire and bag a couple of rabbits for the pot. Back then it was a great way to supplement our meager food budget. Then it was hung, butchered and thrown into a slow cooker. Tasty though it was, things have moved on a little. I am sure Billy, Tim, Charlie, Grant, Alex, Giles and Rupert would be impressed if I had served a dish like this all those years ago! 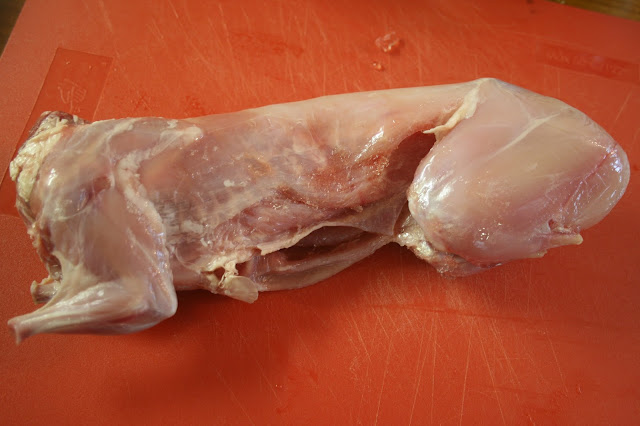 Because one of us has never eaten rabbit, and did not appear too keen to try, this had to be a solo effort.  The rabbit came from Arnold’s Butchers in East Longmeadow, Massachusetts.
It came as you see it here, no fur, no guts just meat and bones. 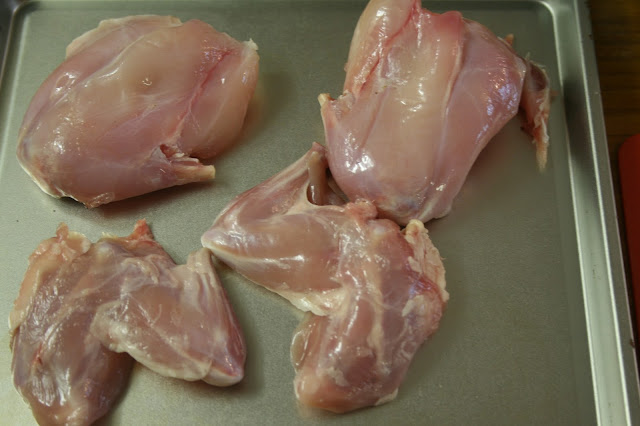 First take a sharp knife and remove the legs. Set these aside as they will be used in the confit. 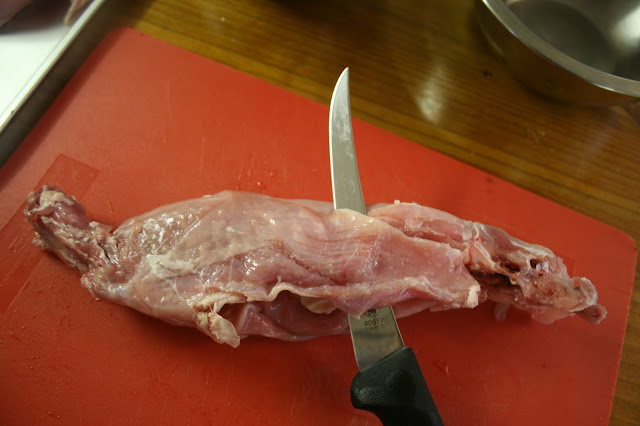 Remove the flap meat then cut through the spine to separate the ribs from the spine. 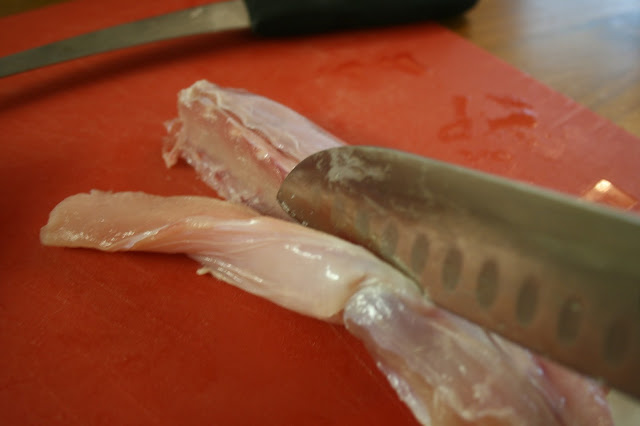 Separate both loins from the spine. Save all the trim and bones and use to make a stock. I used a little chicken stock and a splash of red wine with a mire poix in our Cuisinart pressure cooker. 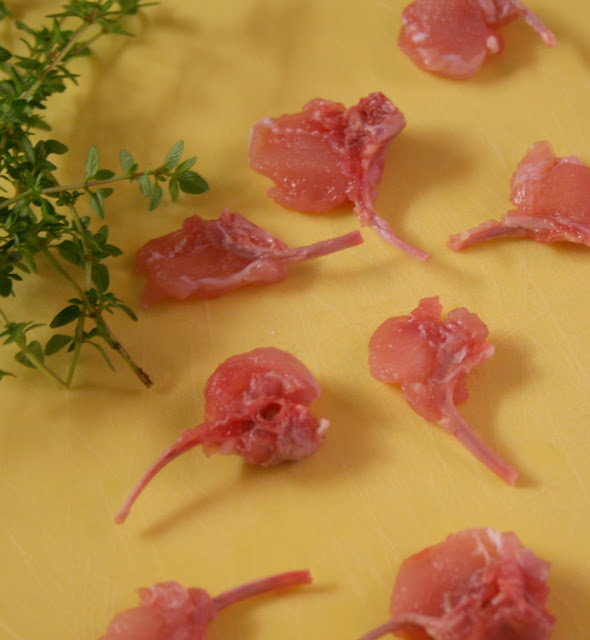 Carefully cut and French the bones of the mini chops. 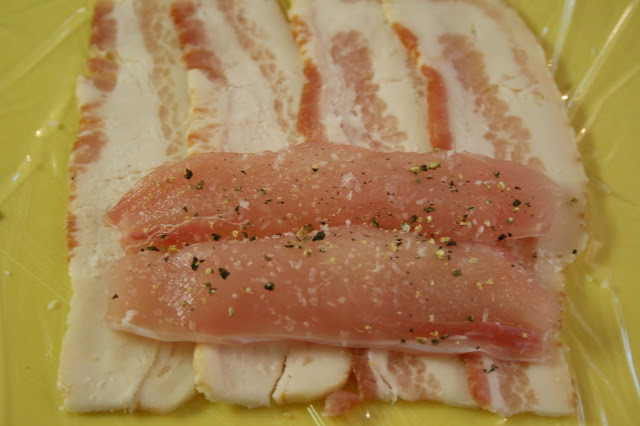 On a piece of plastic wrap, lay out four strips of apple wood smoked bacon. Place the two rabbit loins side by side at one end of the bacon. Season with salt and pepper then roll into a sausage. 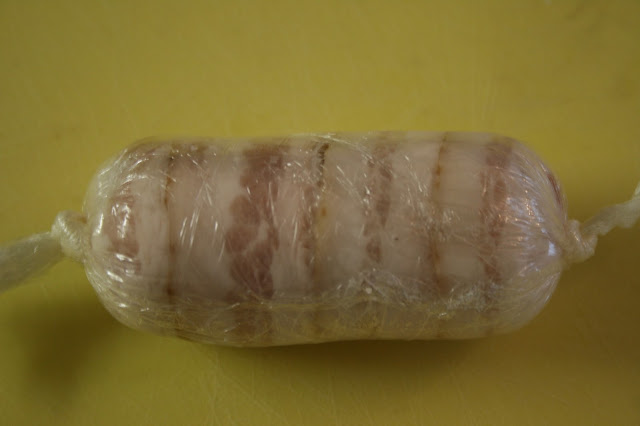 Vacuum pack this sausage and then place in the fridge until ready to cook.
Cook in a water bath at a constant 60c for 26 minutes. 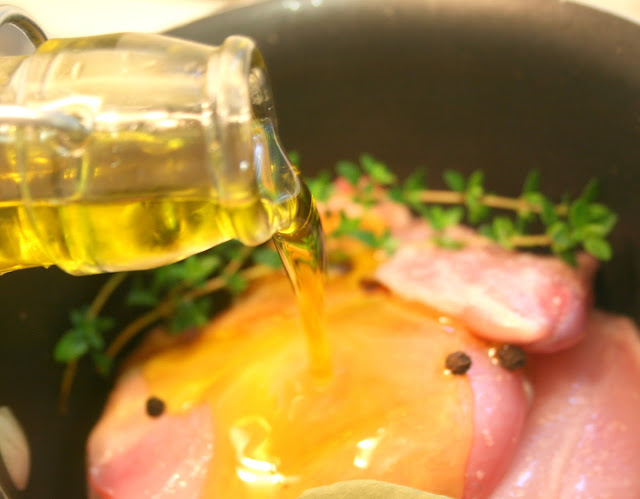 Meanwhile, place the legs in a small sauce pan with a clove of garlic, some peppercorns, thyme and bay.  Cover with olive oil. 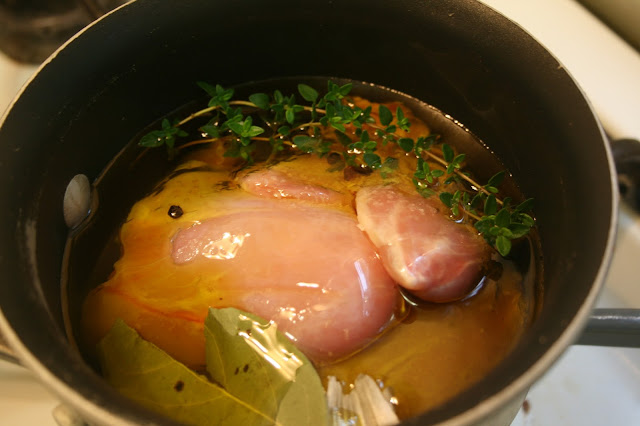 Heat gently (barely a simmer) and cook for two hours. After the first hour add some cubes of celeriac (celery root). 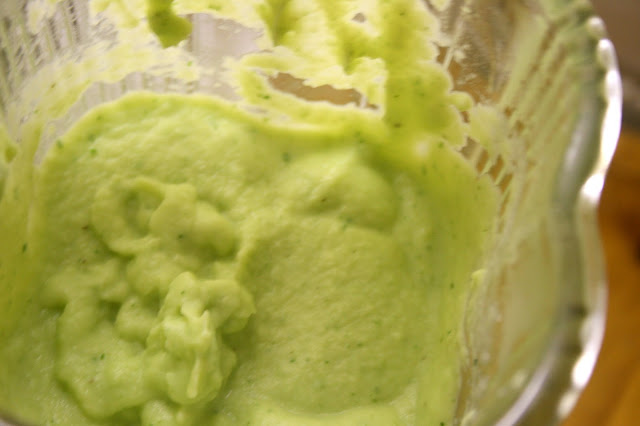 Cut up the remainder of the celeriac and cook in salted water until tender. Then blend with plenty of fresh parsley and some heavy cream. Season to taste. 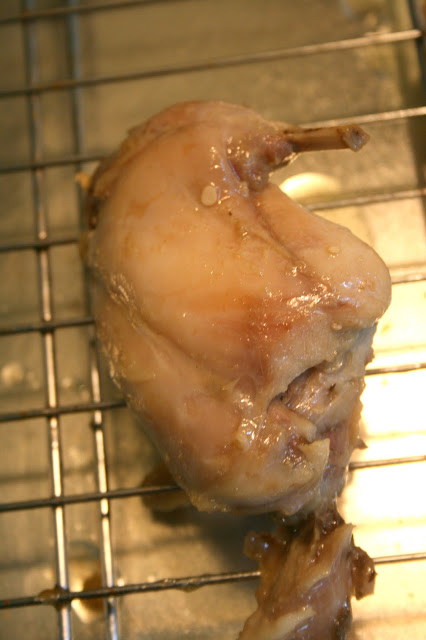 Once cooked remove the confit legs and allow to rest.

In a pan, brown the confit legs and the sous vide bacon wrapped loins. 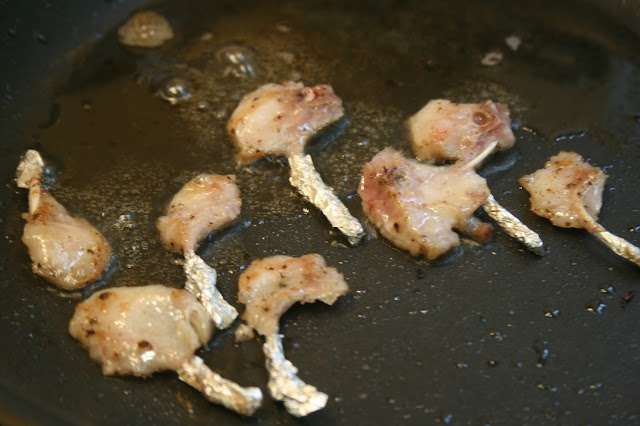 Season the mini chops and sear very quickly in a hot pan. 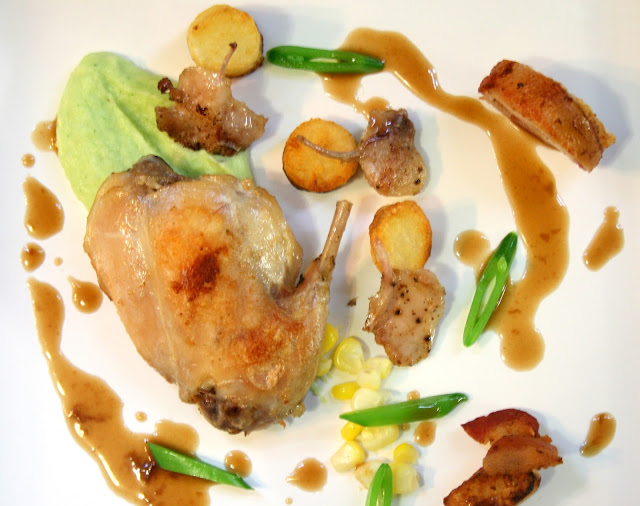 I plated our rabbit with some local corn, fried potato, the confit celeriac, and some lovely sugar snap peas (blanched and julienned). 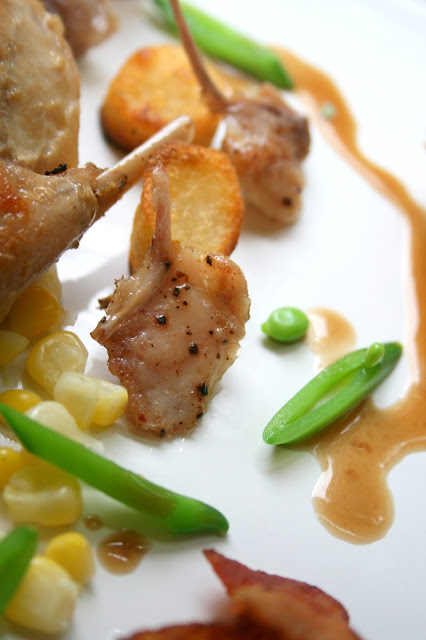 This dish was a complete success for novice rabbit eaters… “now we do have a lot of squirrels round here!” 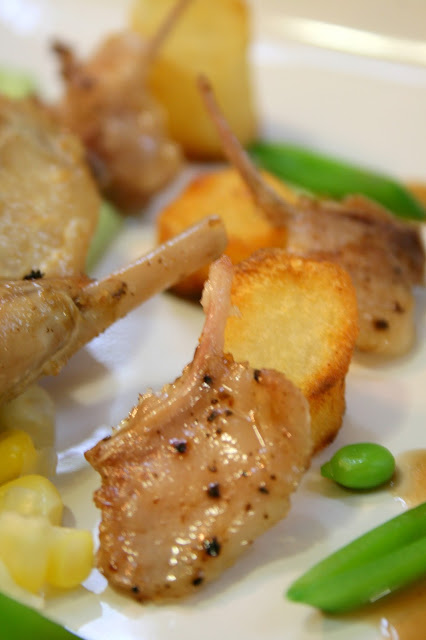 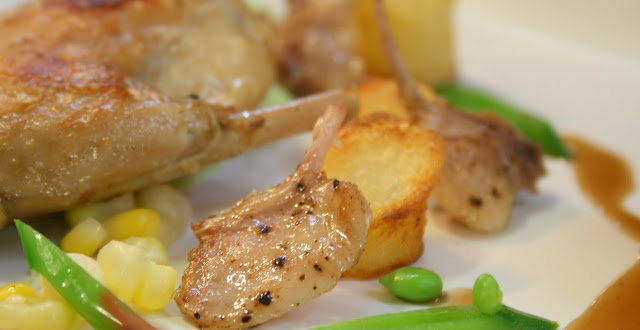 Side note from the non-rabbit eater…not wanting to be a poor sport, I did try it if not mostly because it was just beautifully presented.  Despite my strong desire never to eat such a thing, it was actually pretty good…I draw the line at squirrel though!